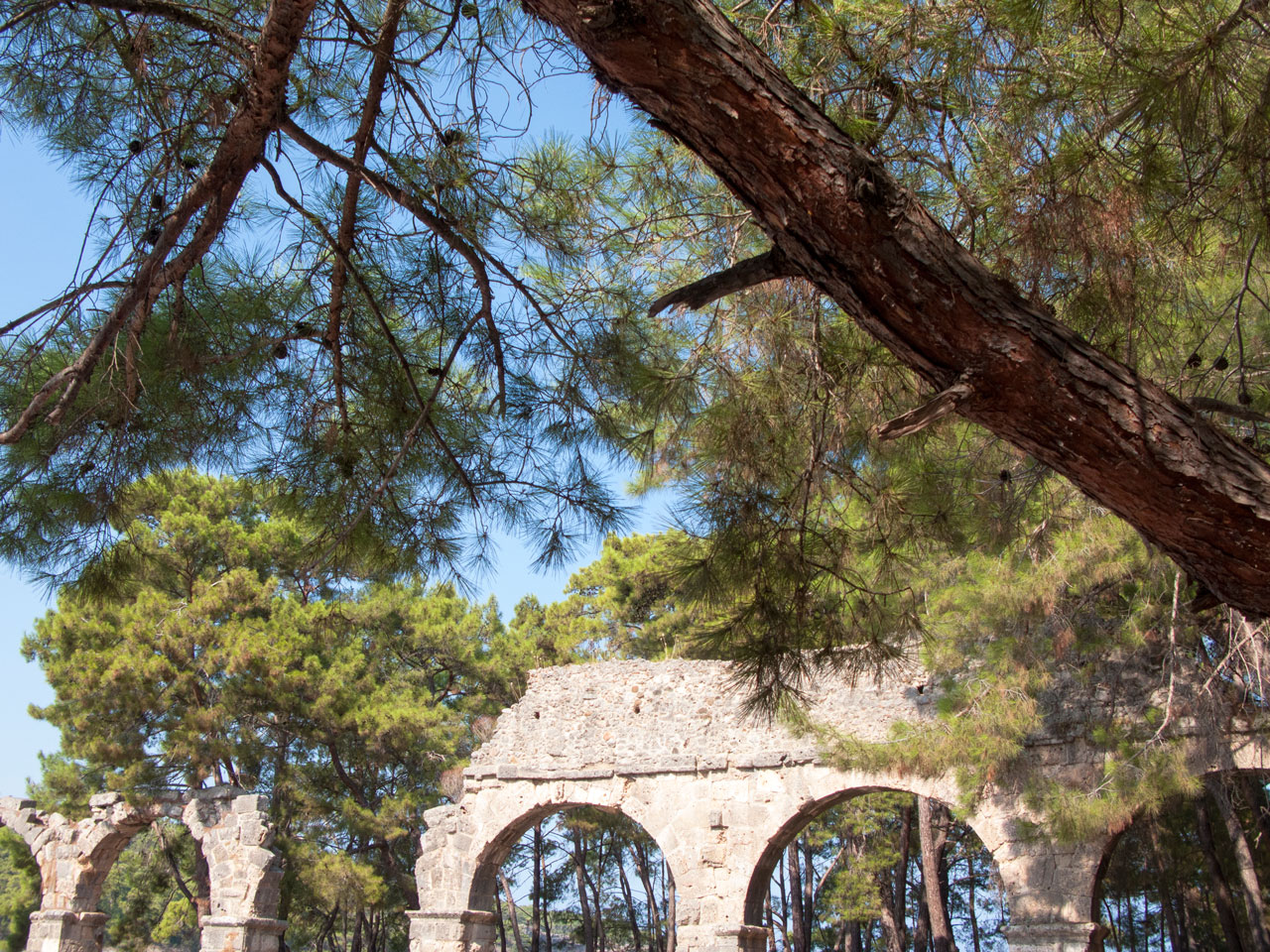 Phaselis
An old stone road connects two blue lagoons, passing along the old greek and roman harbor city, epigraphs on the stones, a theater, some shops. 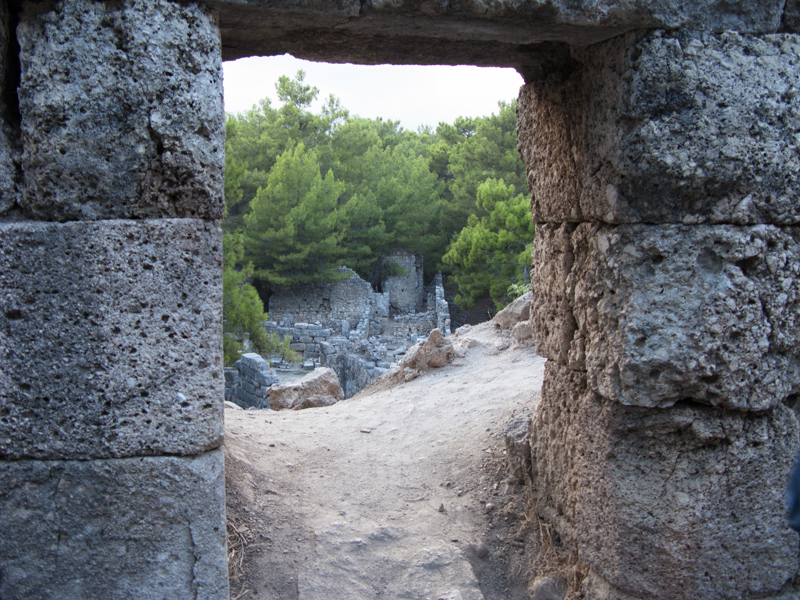 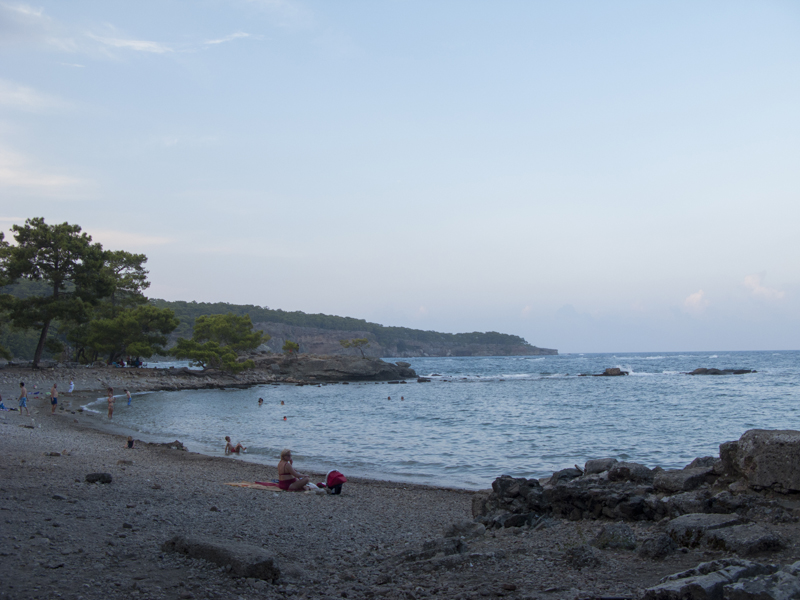 Chimera (Yanartaş)
The old greek myth tells about the Chimaera, a monstrous animal that was breathing fire and got buried. Nowadays, few kilometers from Çıralı, near Olympos, natural fires still light a mount. Emissions of methane in contact with the oxygen originate this natural events.
After trekking for about half an hour the fires appear and lots of turkish families utilize them to make barbecues while watching the stars. 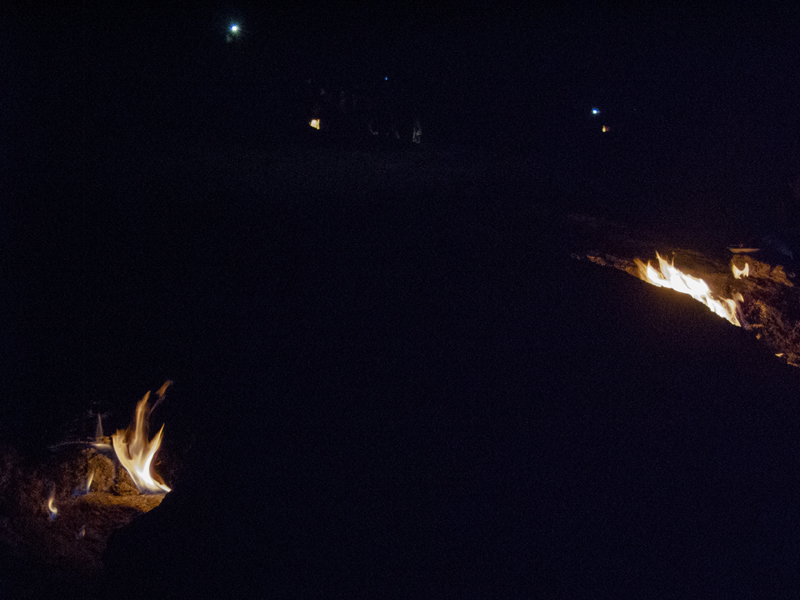 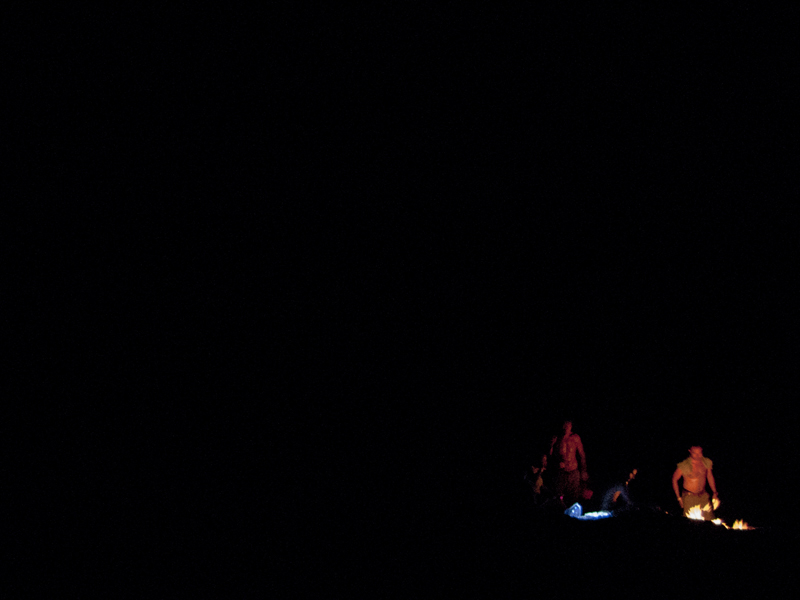 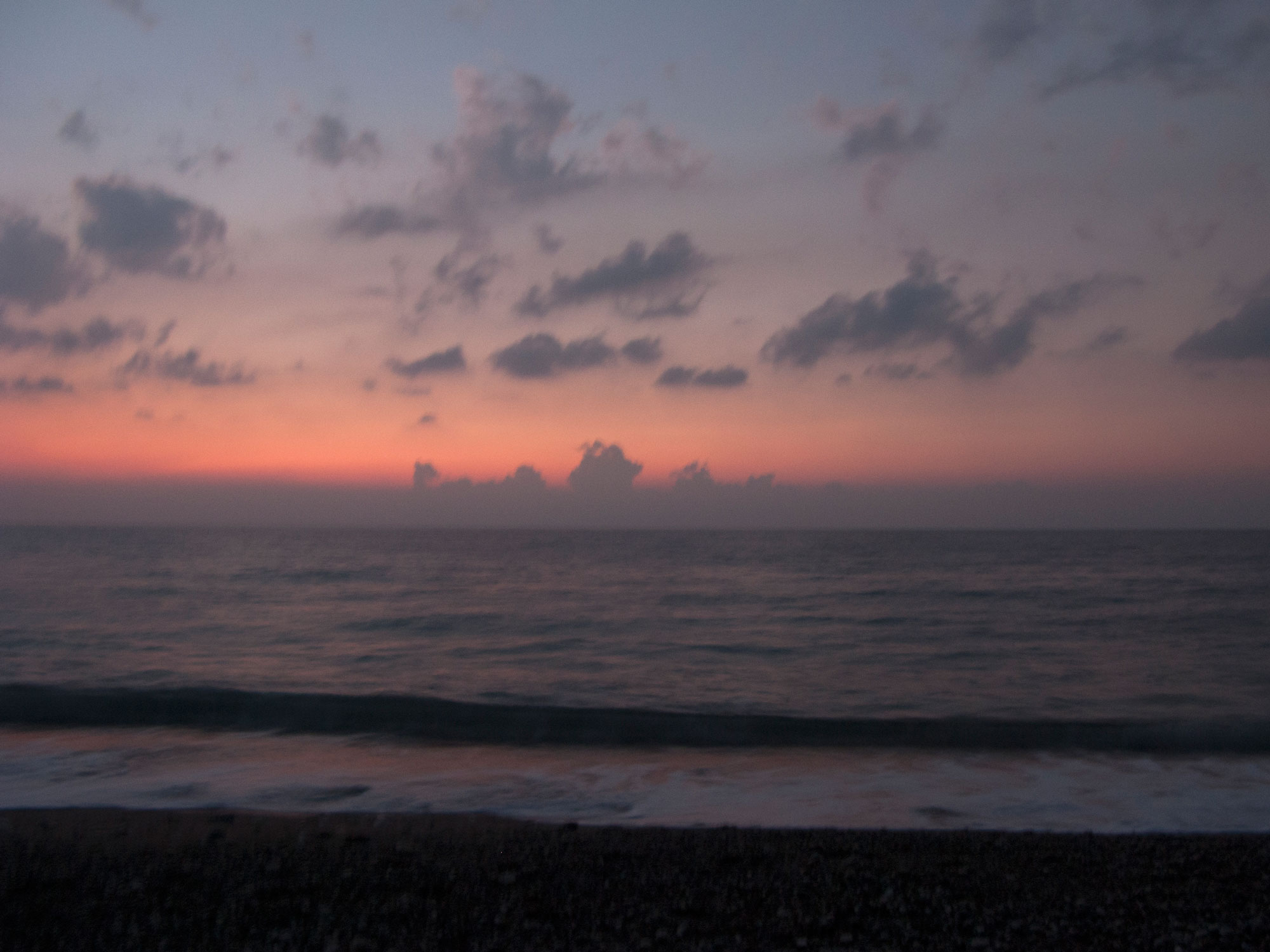 At 5.30 am when the sun starts to color the sky and the horizon appears a group of people slowly walks on the beach in Çıralı.
They stop at some white metal huts, one man starts to dig with his hands, while another takes notes.
A caretta caretta little turtle makes his way out of his egg, looks around, and starts moving in the direction of the sun. This path takes time and is requires trials and errors. On the way to the sea the little turtle could be preyed by seagulls or loose the orientation. When finally a wave drags this little body into the infinite sea the sun shines up in the sky. 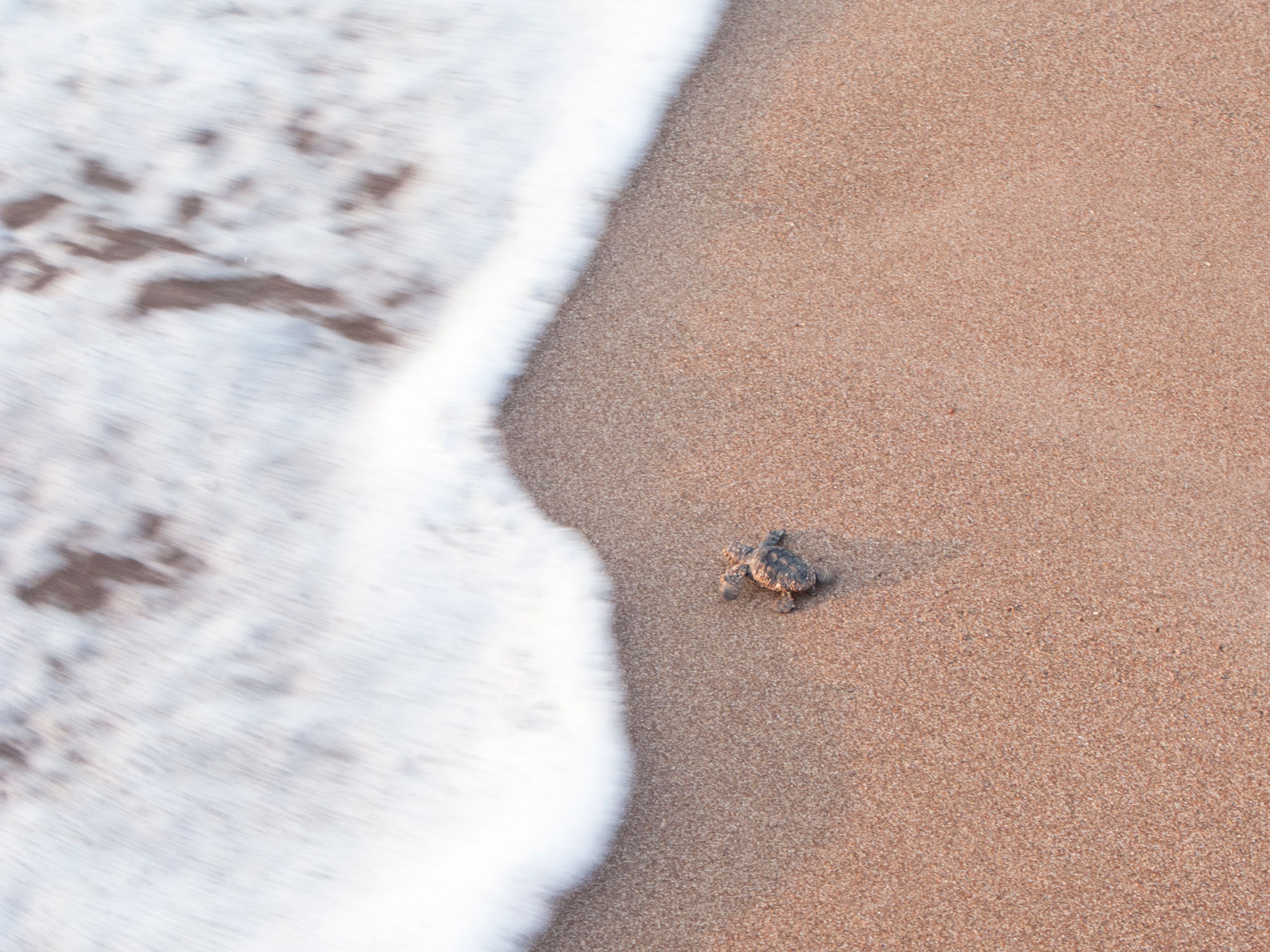 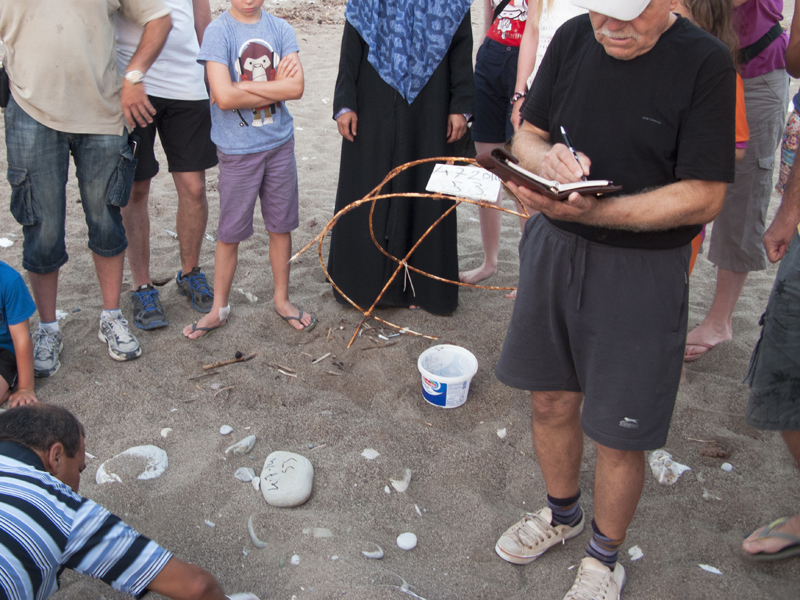 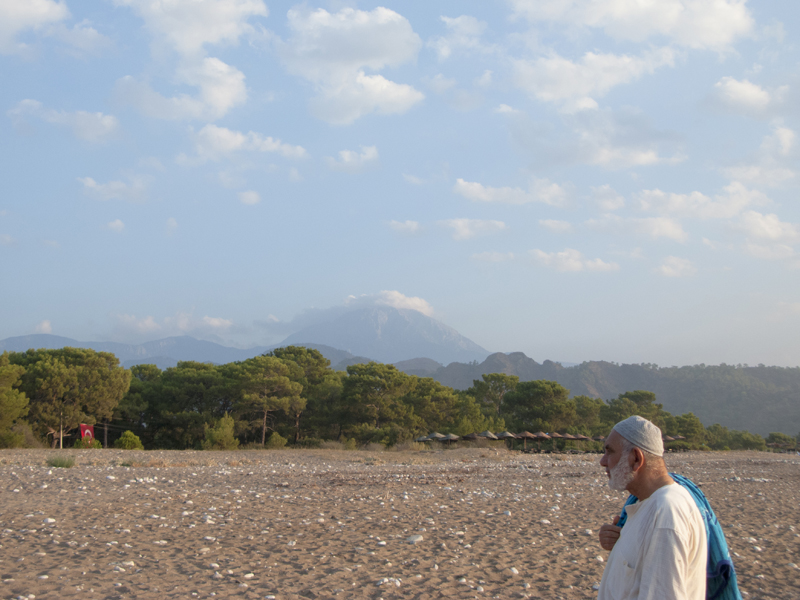 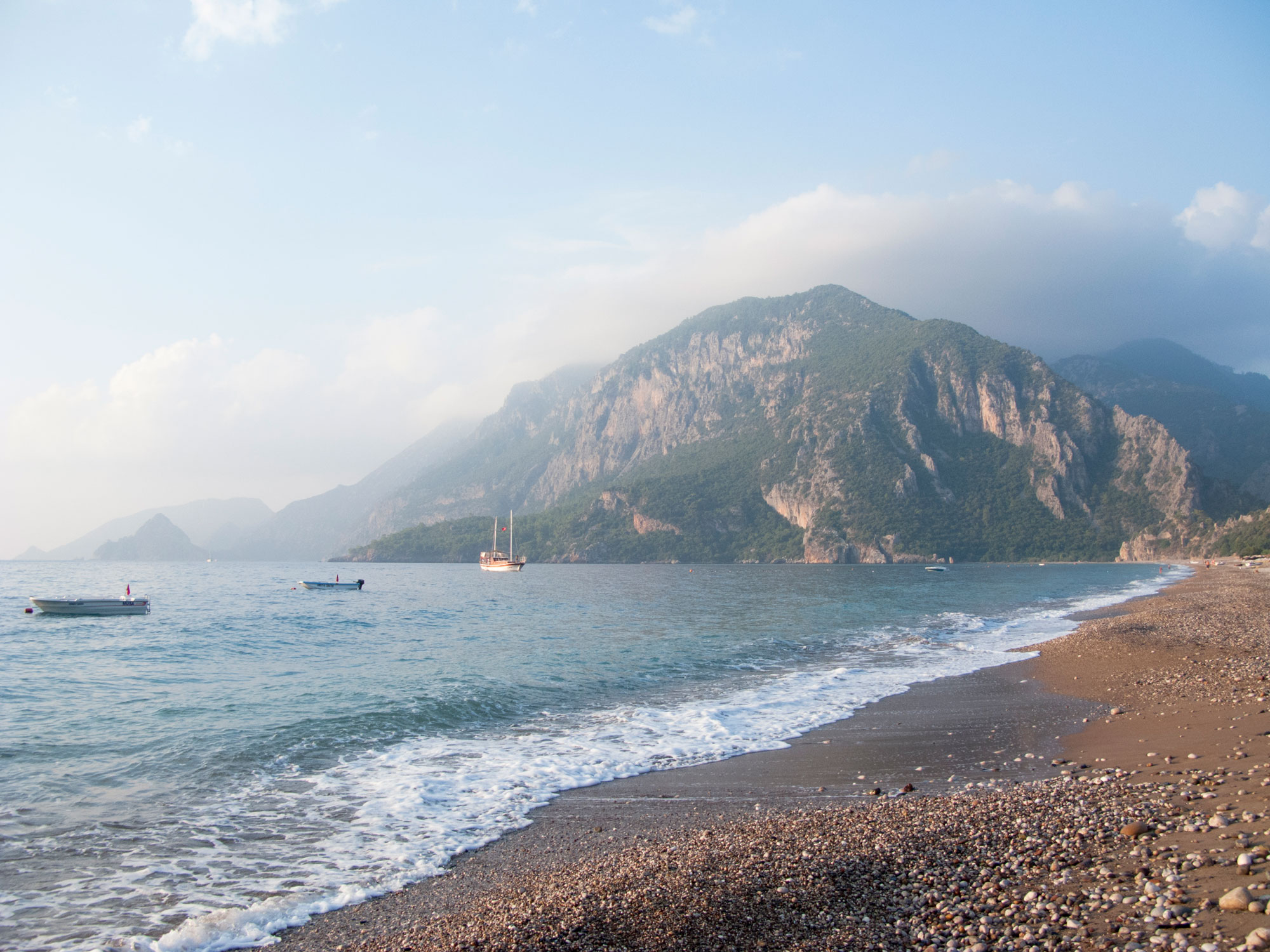