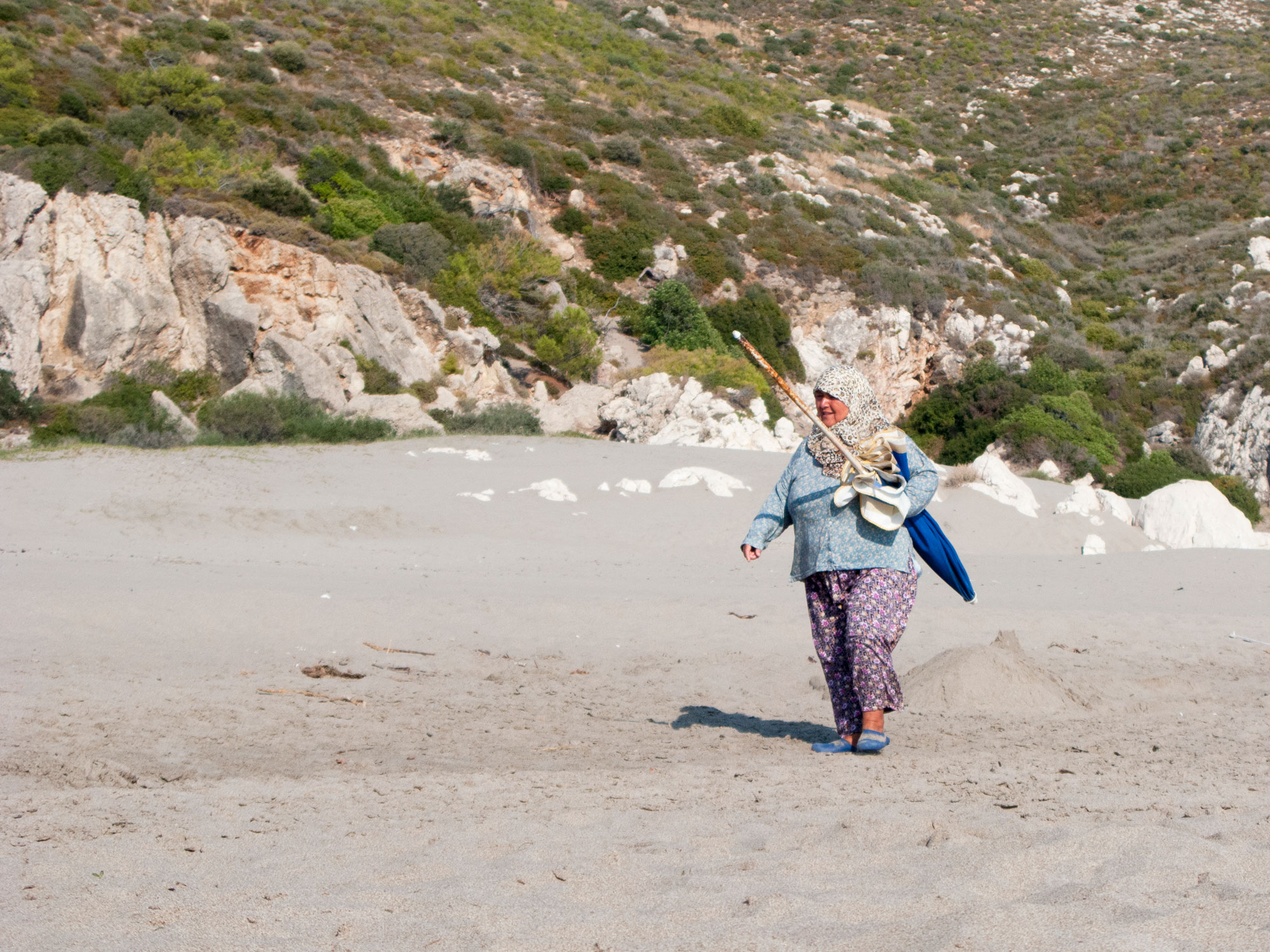 Patara
The 18 kilometres of fine sand verge with deep blue sea on one side and the ancient city of Patara on the other side.
The ruins are really impressive; Patara was noted in antiquity for its temple and oracle of Apollo as it is said that it was founded by his son, Patarus.
The big theater and the Bouleuteron are worth the visit. 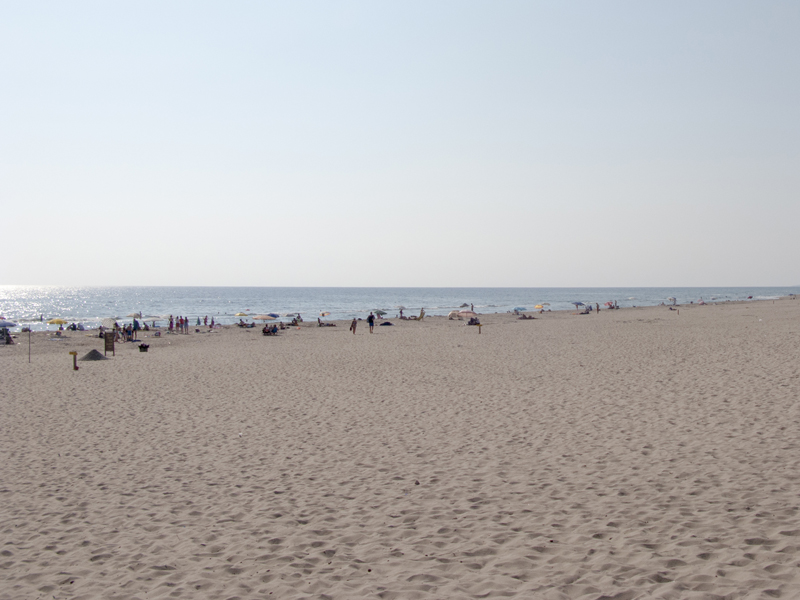 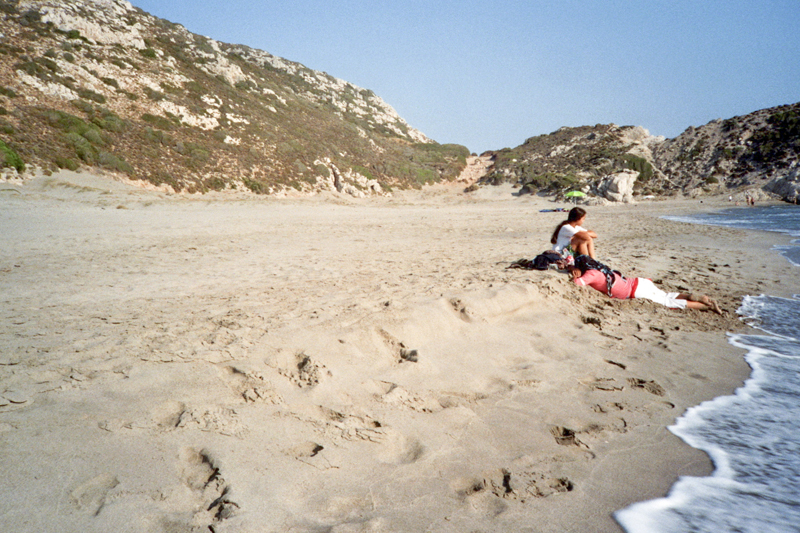 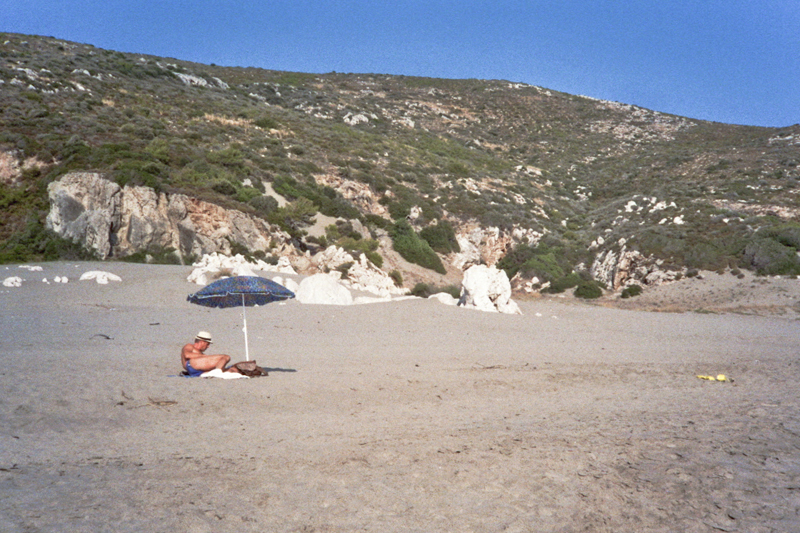 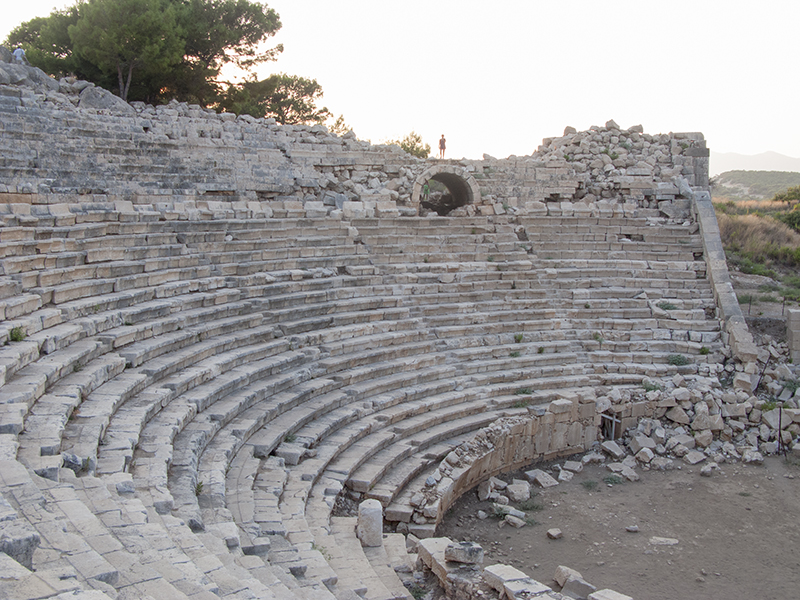 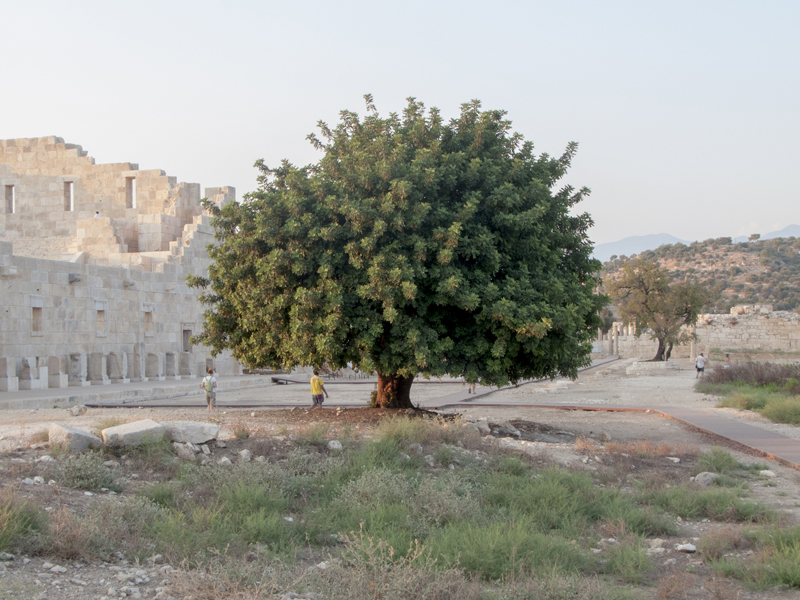 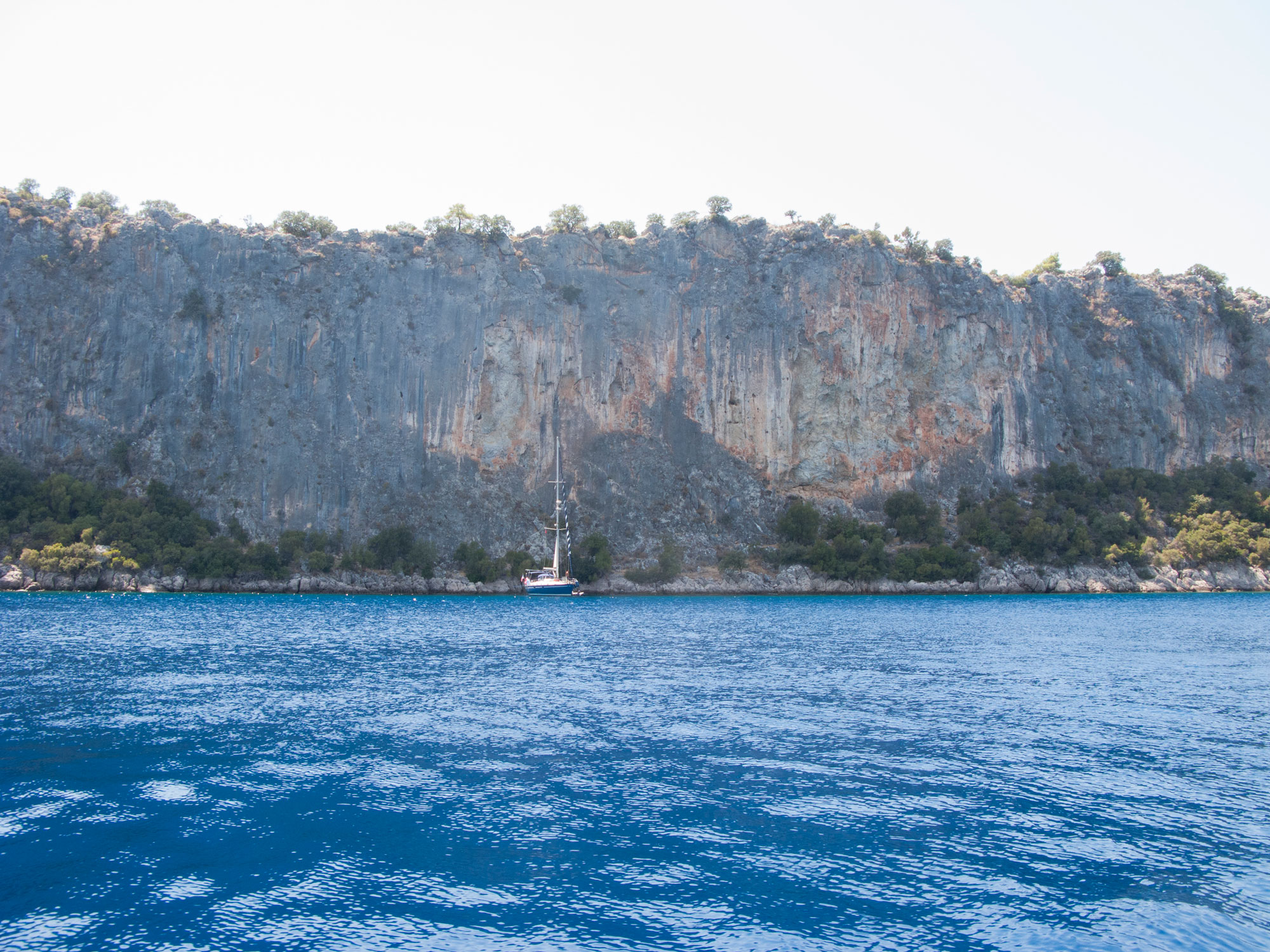 Quite a busy city on the coast. Shopping streets are very busy of turists in search of fake branded products. The harbor is populated by medium and big boats offering all-inclusive tours to the beautiful twelve island of this area.
Me and my friend did not have that much time and also did not like the mess of these boats. Instead we asked two fishermen if they would take us on board to show the near bays.
The result was a much cheaper trip made on our own timing enjoying less crowded bays.
At first, being two women and two men we were a bit worried but the fishermen took good care of us and could also speak some english.
Absolutely breathtaking is the Turunç bay. 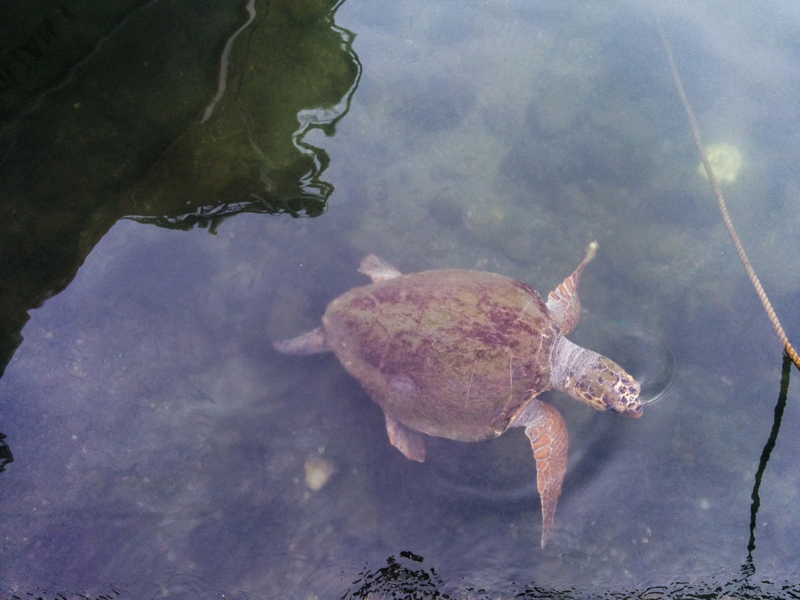 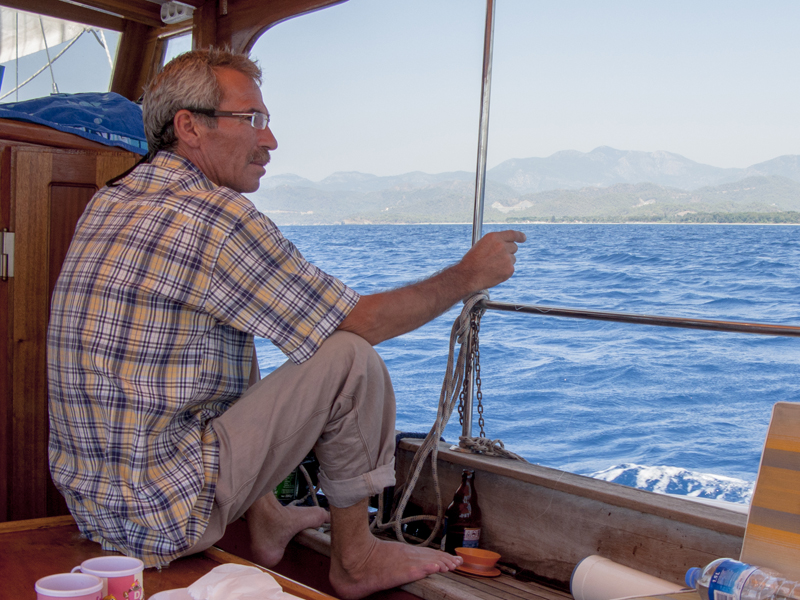 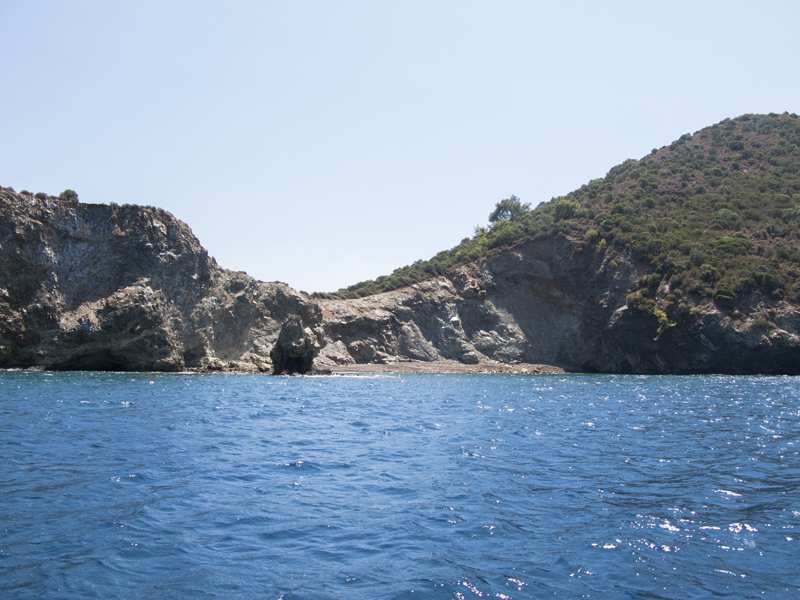 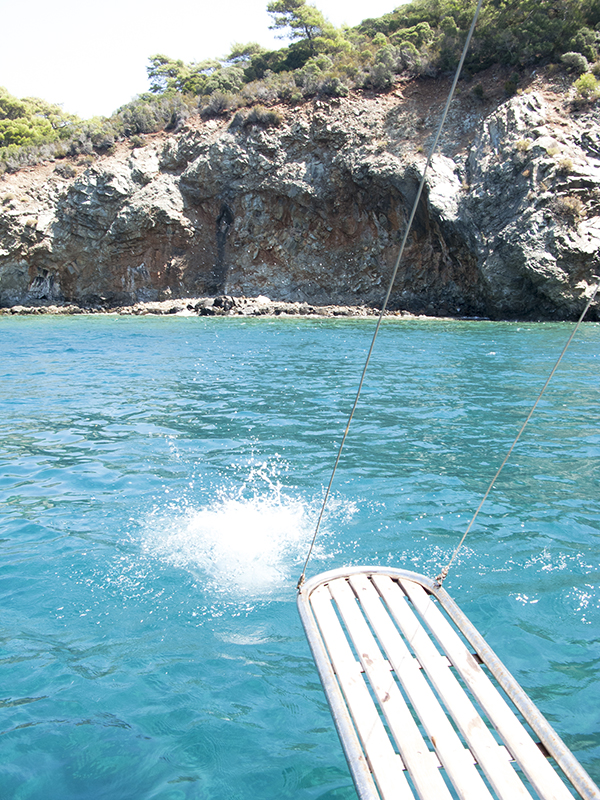 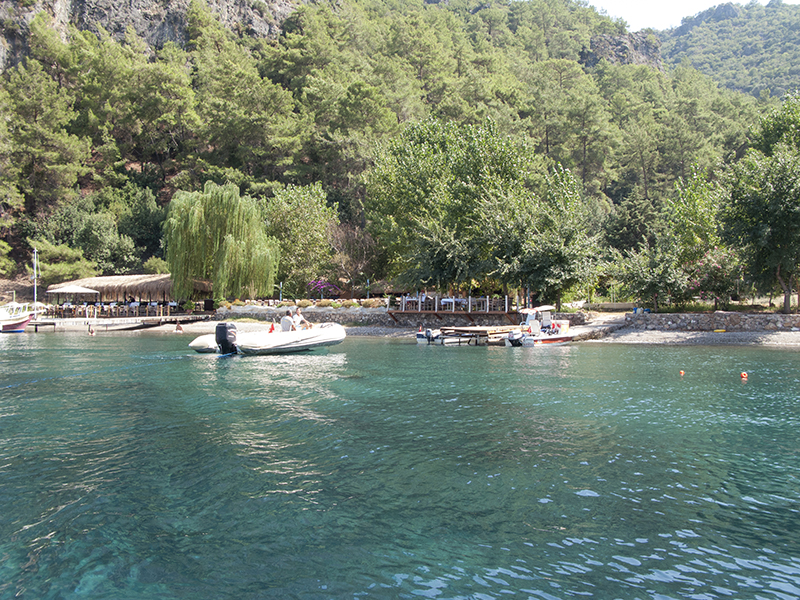 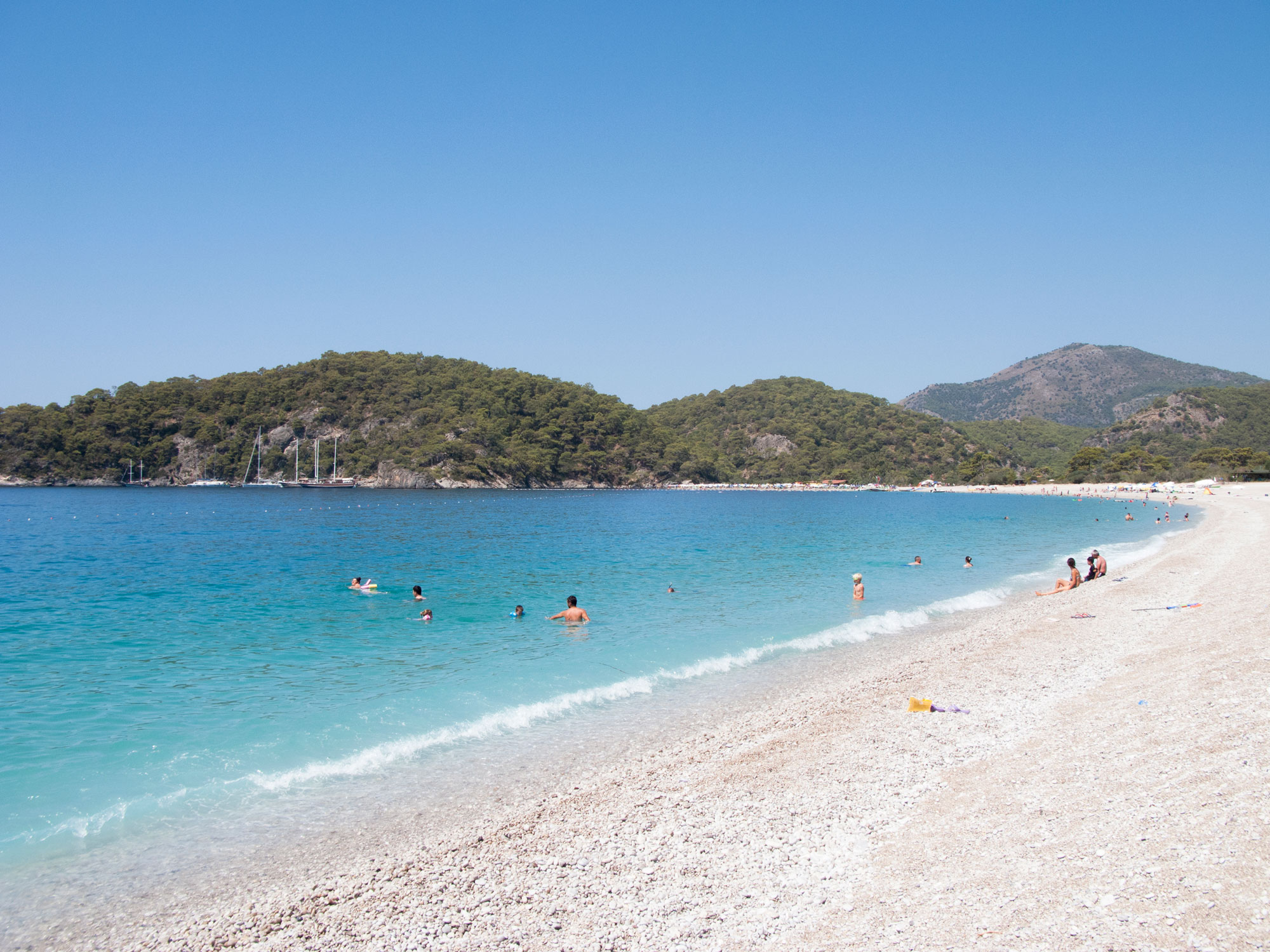 This is truly paradise. I have rarely seen a water with this intense light blue and foam-like surf.
That is probably why lots of tourists invade the tiny beach and tens of boats land to unload and load passengers for daily trips. Also the restaurants and bars are completely devoted to profit.
I reckon that the magic of the place has been irretrievably lost. The best is to make use of the early hours of the day, when the late-night guys are still sleeping and the boats are not landing yet. 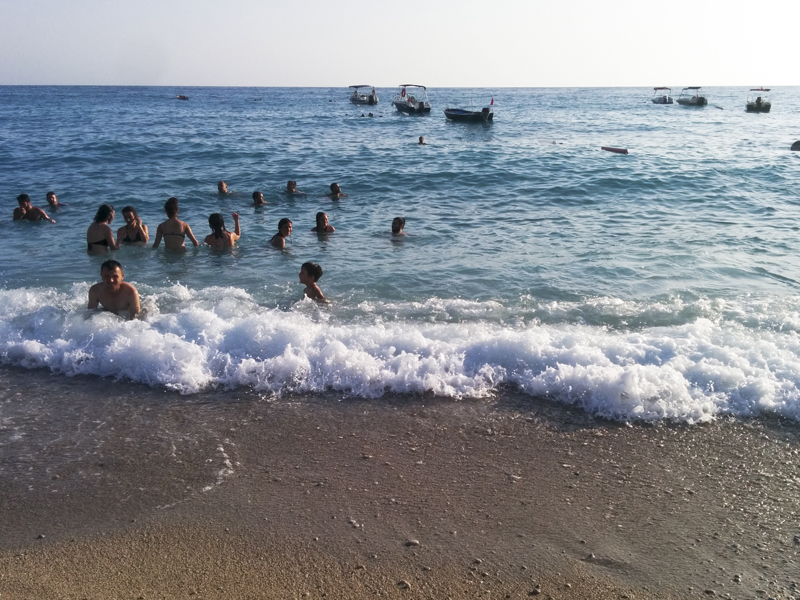 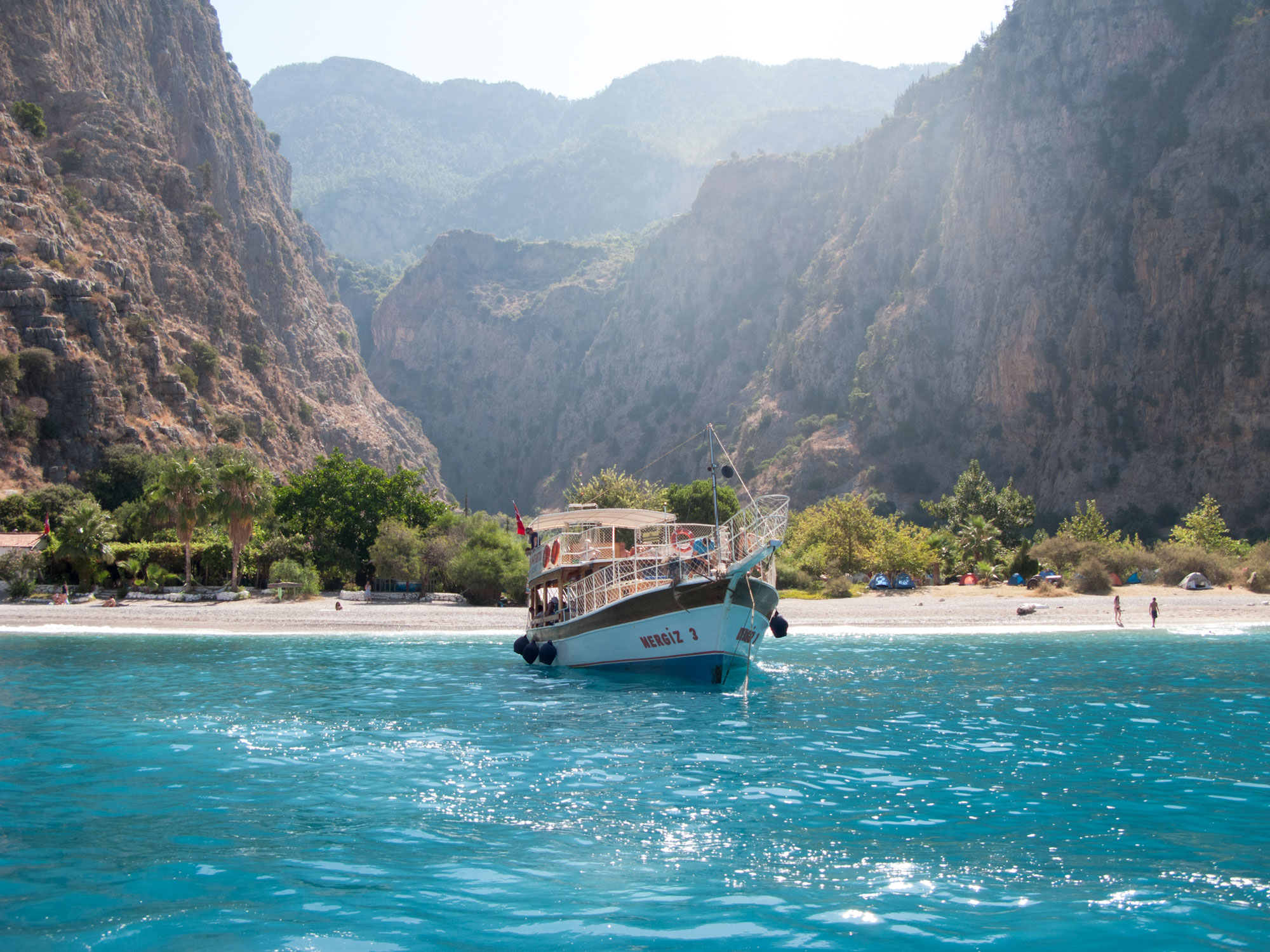 This was a great adventure. In Fethiye we were put in contact with Captain Suleyman who, we were said, could take us to the magic butterfly valley with his small boat.
We met him asking all the boats in Oludeniz about this legendary figure and since the moment we found him he took care of us as if he knew us since always.
He explained that a small community, including him, lives in the valley and takes care of the location and the facilities.
This paradise squeezed in an impervious rocky ravine is home of travelers who want to spin off from the noisy world and pass some quality time with themselves and others. The accommodations are frugal, either hand-built wooden bungalows or tents. One mensa serves breakfast, lunch and dinner with lots of vegetarian dishes and turkish tea. The package is somehow not so cheap for a quite hippie place, but the fascination of the place, the beauty of the valley that departs from the sea until a small waterfall in between the rocks is really hard to describe by words. Meeting butterflies along the walk is not so easy anymore. We were said that they were millions in the past, but they are somehow reducing because of the presence of humans and probably because of climate changes. 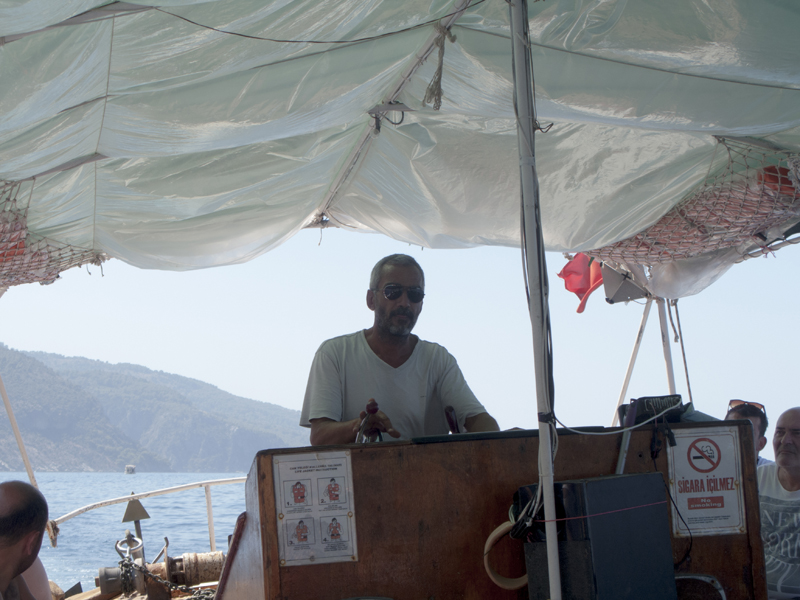 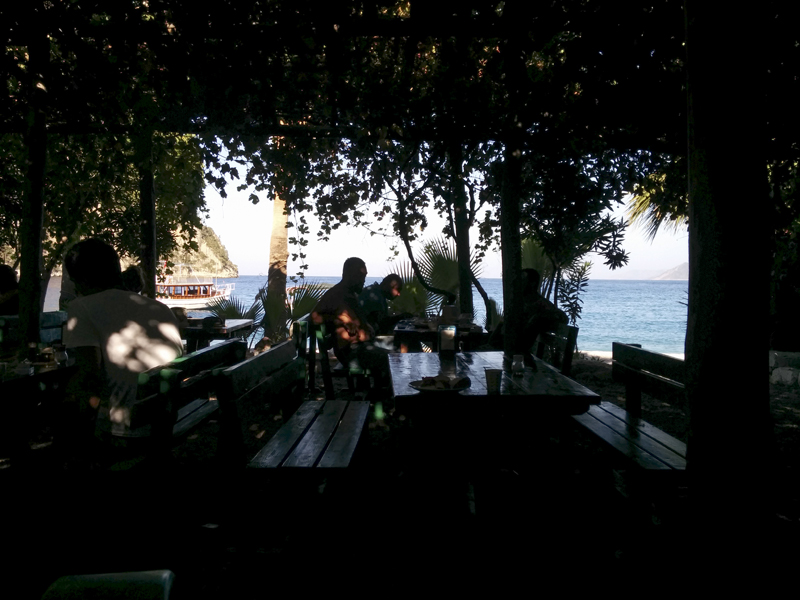 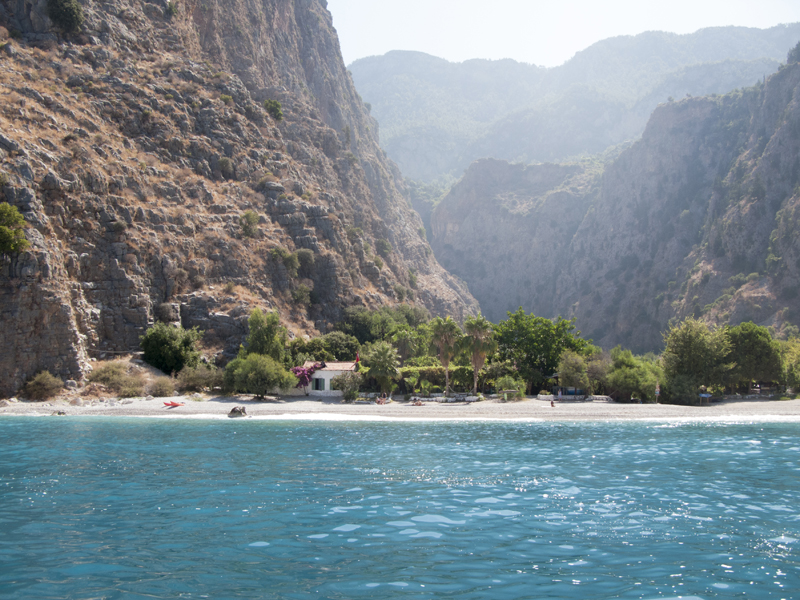 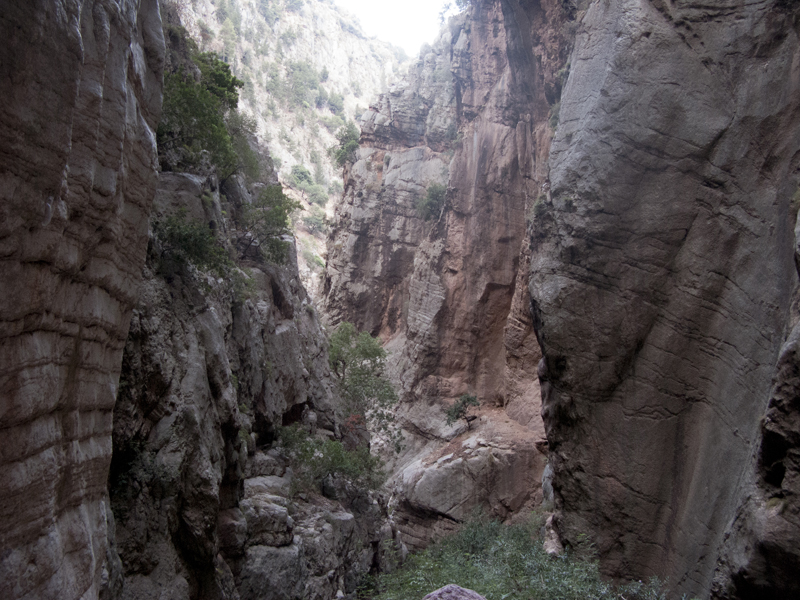 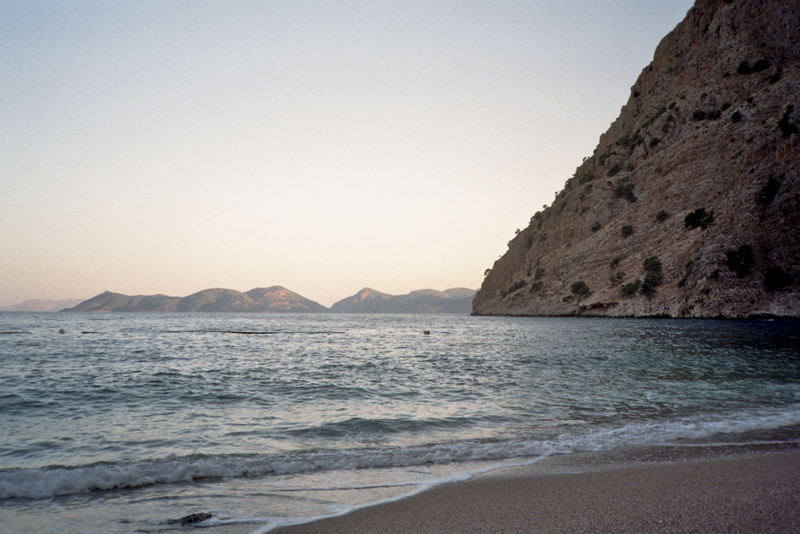 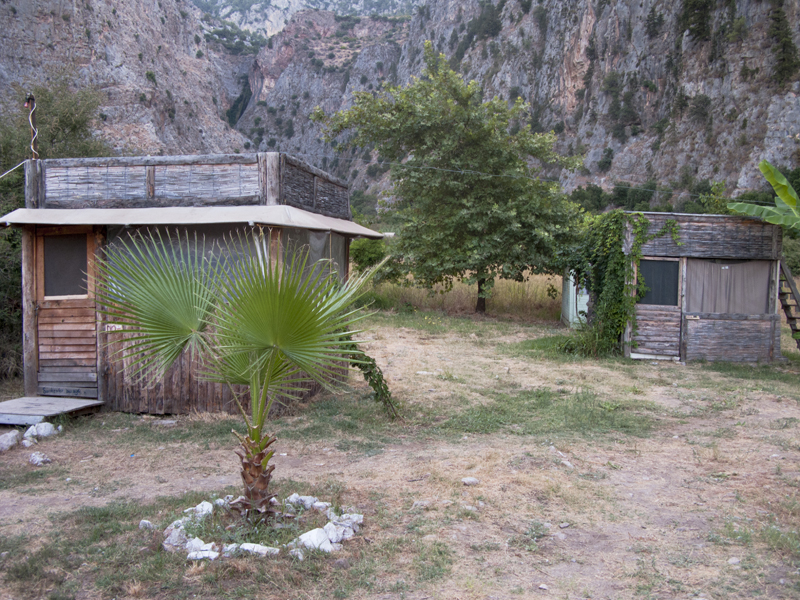 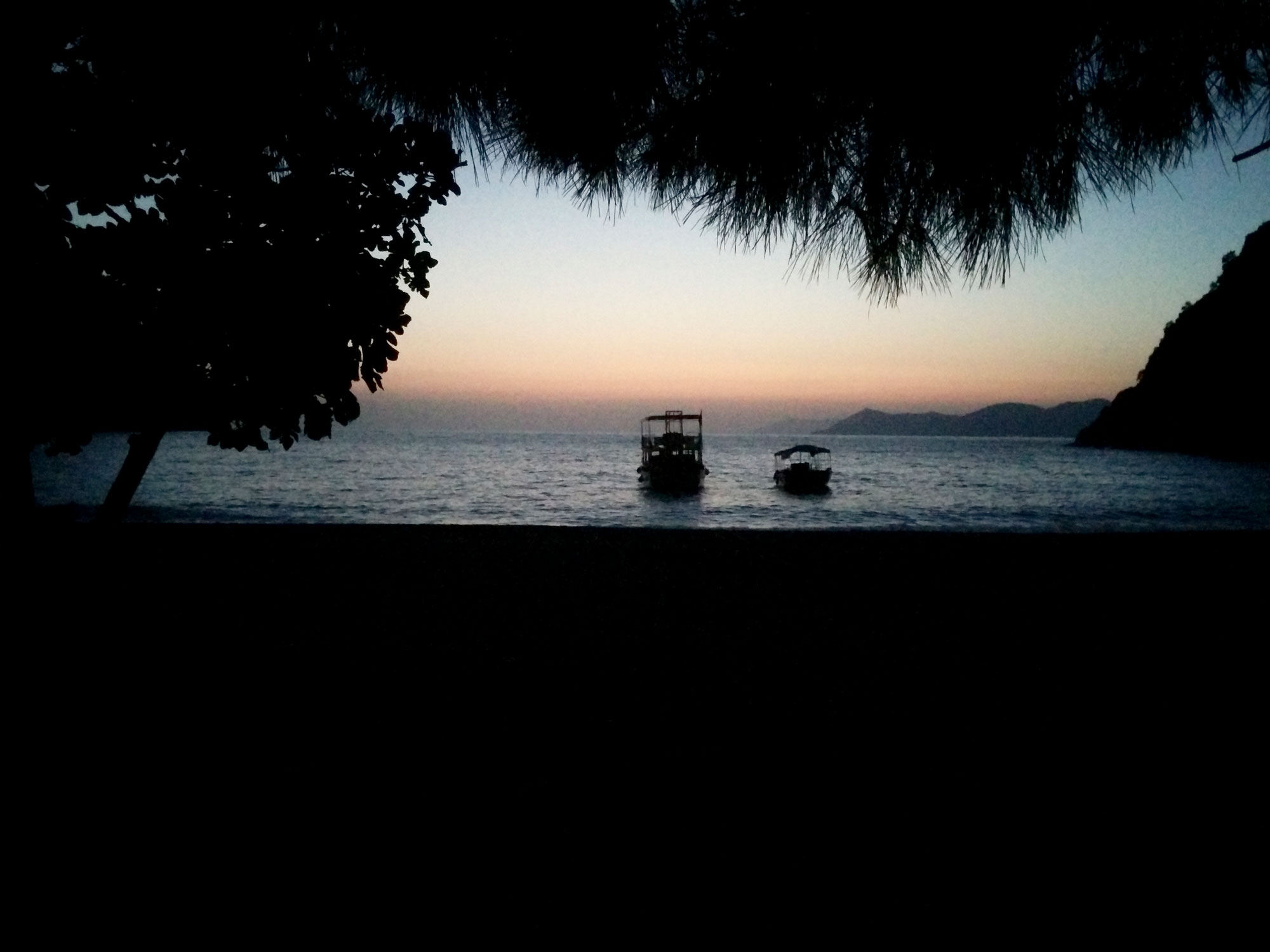 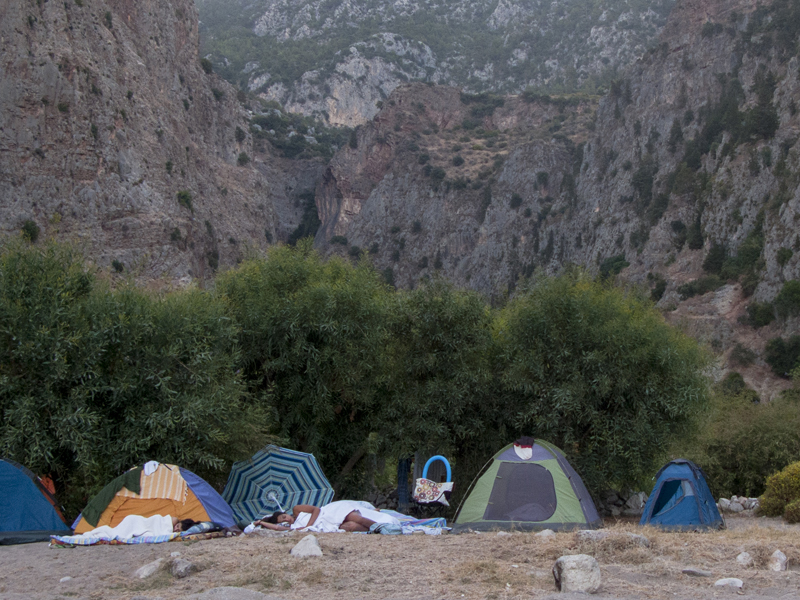 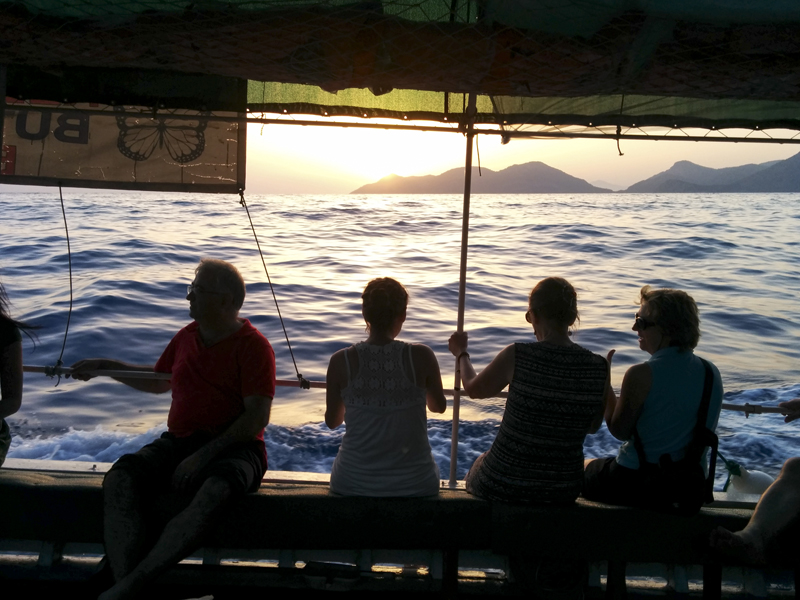