Lichtgrenze, 25 years after the wall 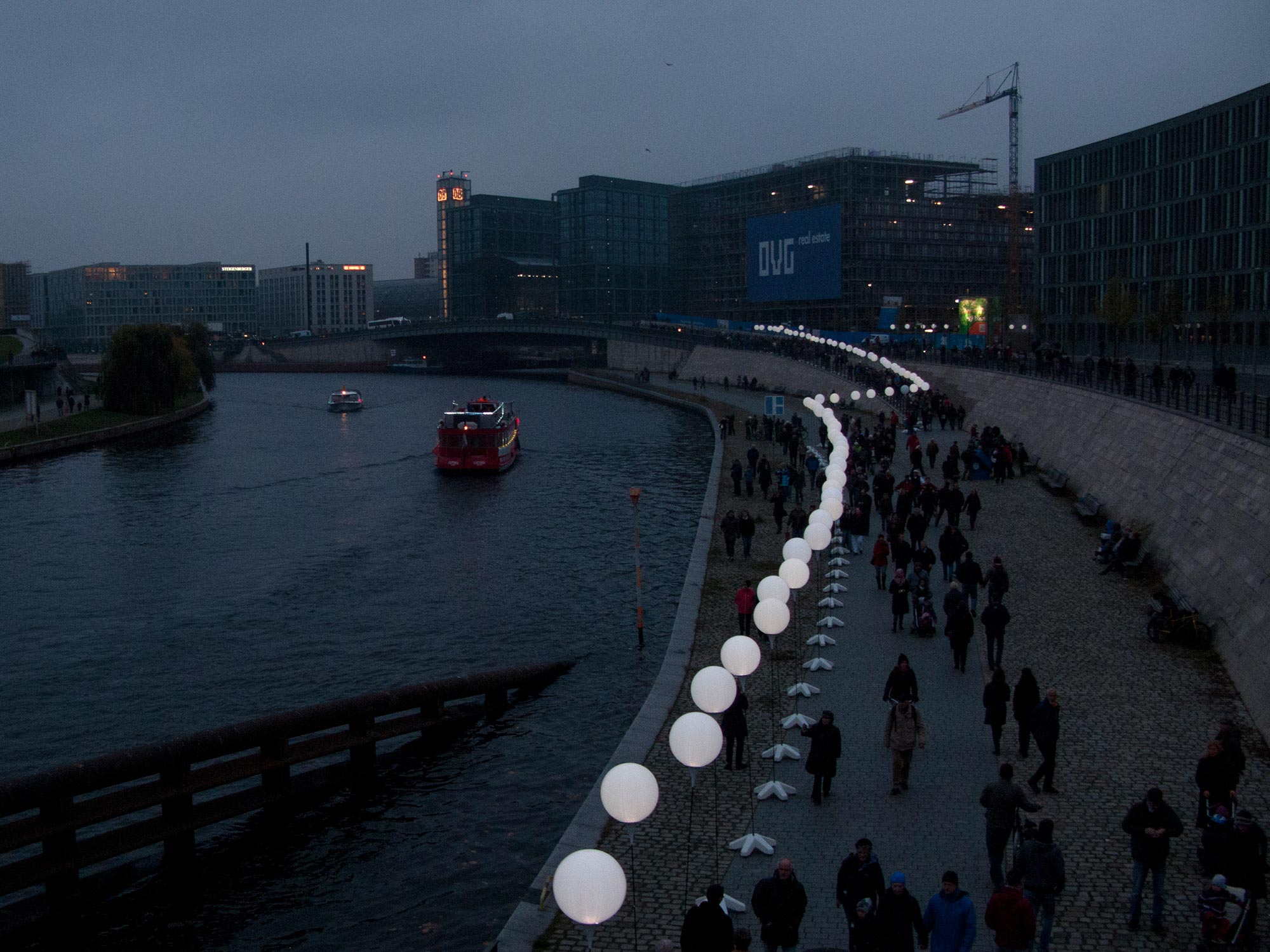 I, I can remember
Standing, by the wall
And the guns shot above our heads
And we kissed,
as though nothing could fall
(Heroes, David Bowie)

Imagine a city devasted by the war.
Imagine its population waking up one morning, in the 1961, and discover that they could not freely transit the city anymore. That they could not see the neighbours in front of their building, that they would not be allowed to meet their relatives leaving on the other side of the city.
I have seen a photo by Will MacBride last week, at the C/O museum: it portrays a family showing their babies to somebody, on the other side of the fence.
I am not German, I am not a Berliner. But the image of the wall is deeply impressed in my mind. 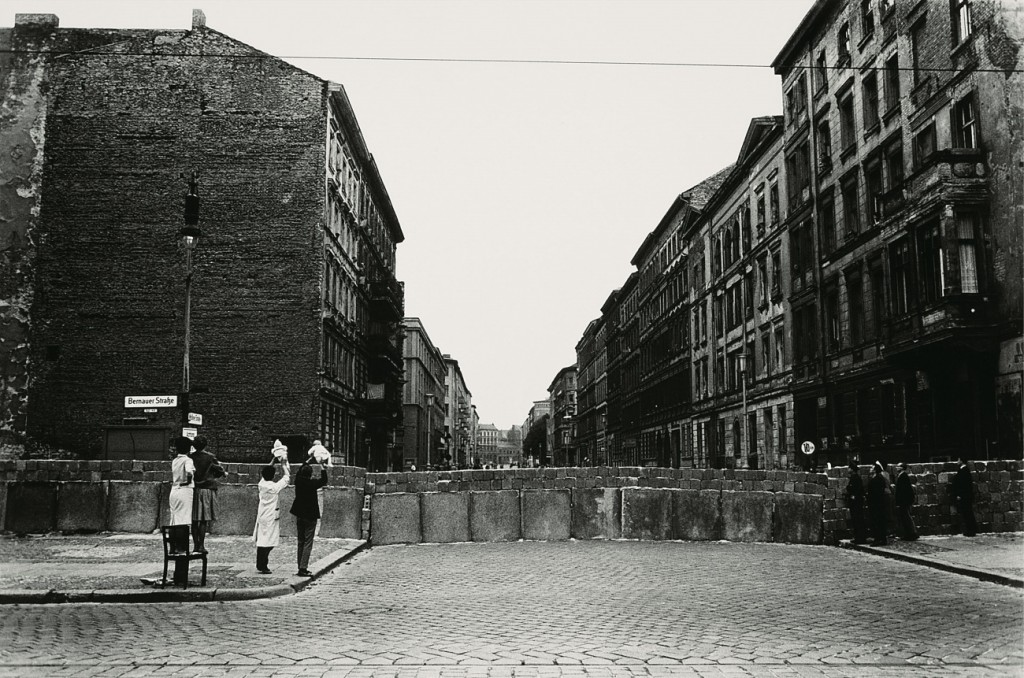 Twenty five years have passed since this city in the heart of Europe was divided by a long wall.
Erected in just one night and protected by militars, it divided the East-Russian Berlin from the West-American Berlin. The concretization of a world silent conflict lasted from 1961 to 1989, making lots of civil victims trying to fight politics. Some of the impressive stories on the official website. 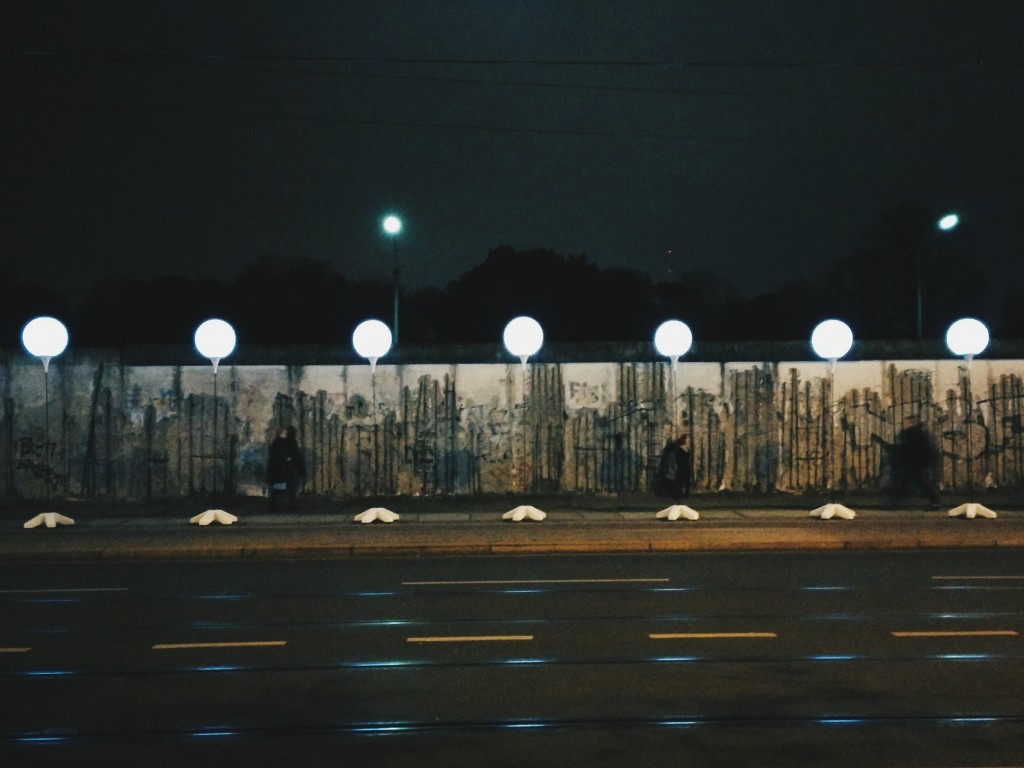 This anniversary has been particularly impactful for me because of two main reasons.
First, the quantity of people that took time in cold days to walk along the wall path. After living in Berlin since few years I can say that the presence of elderly people is quite rare.
I was particularly moved by seeing the old generation in the streets and moreover to see grandparents with nephews walking along the wall path and stopping to read together stories of fugitives.
It made me even feel embarrassed to be in the middle of their flow of memories. 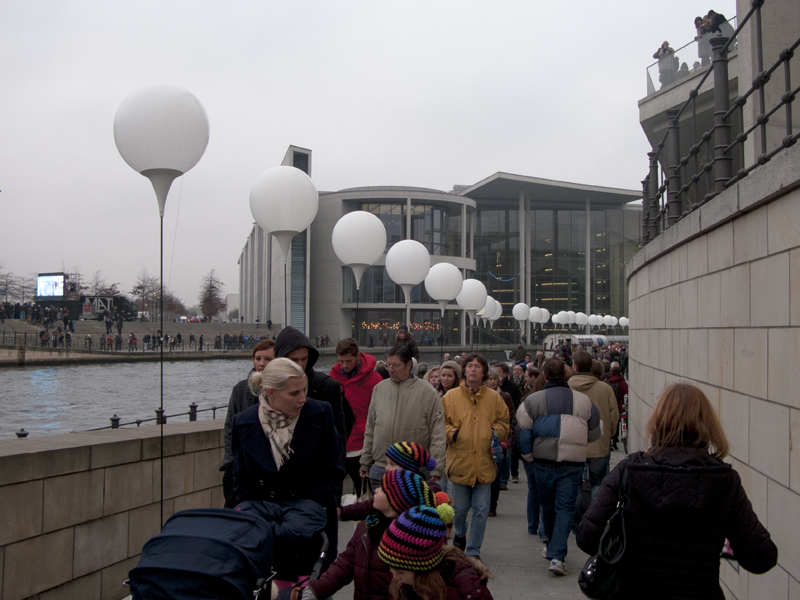 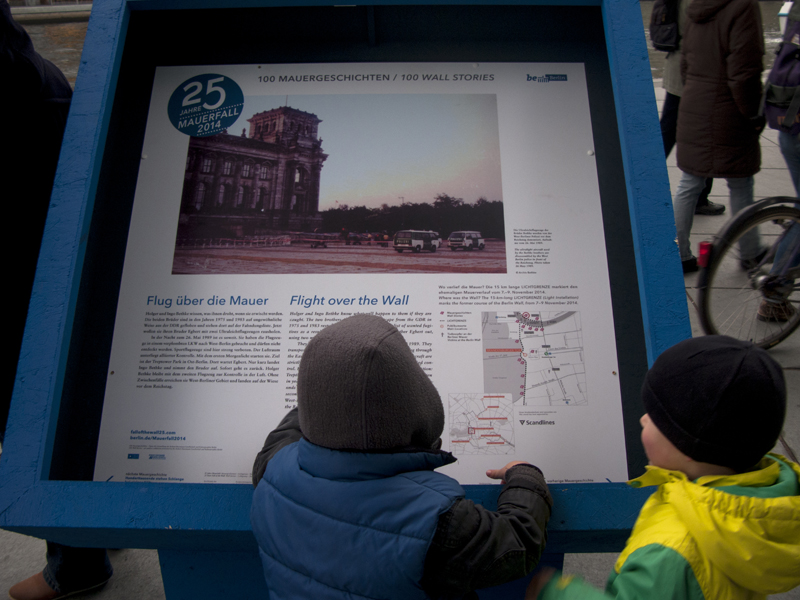 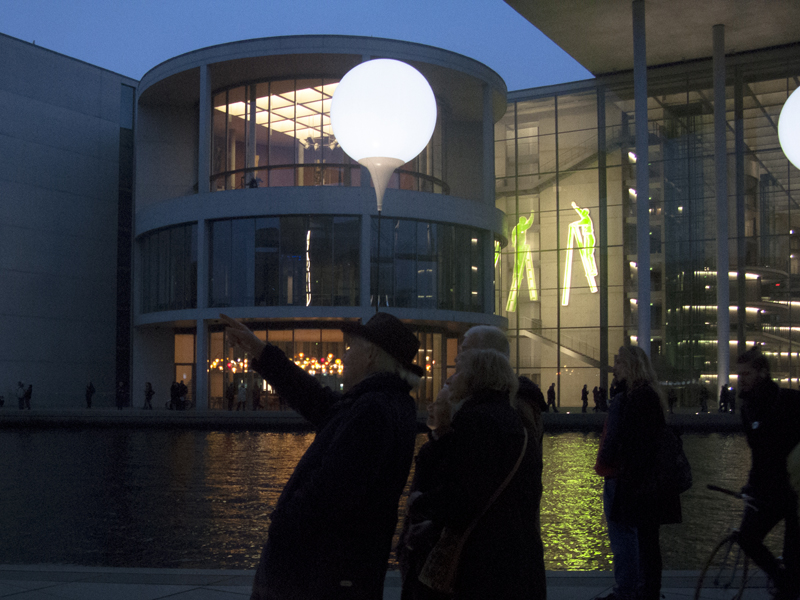 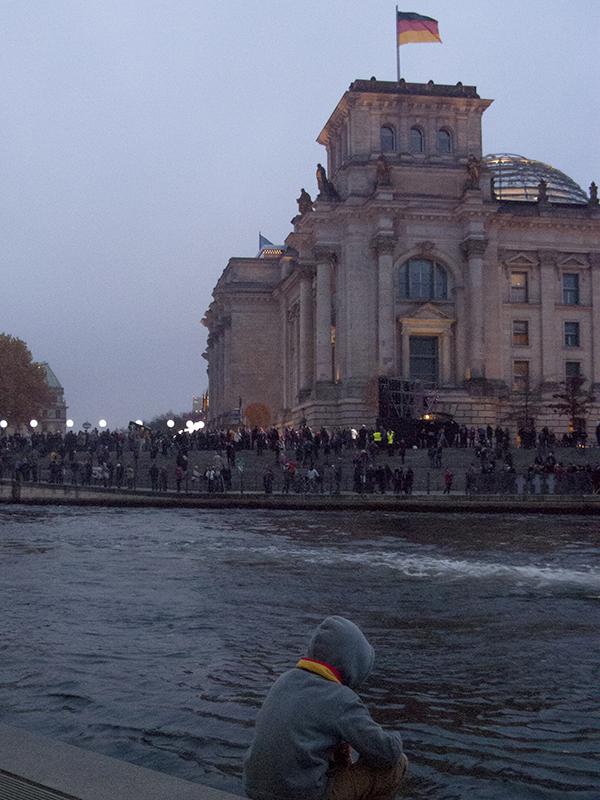 Second, the beautiful installation created by Christopher Bauder and Marc Bauder. 15 kilometers of illuminated balloons retraced the path of the wall.  Stunning how they were able to turn feelings of concrete, weight and constraint into ideals of light, levity, freedom. 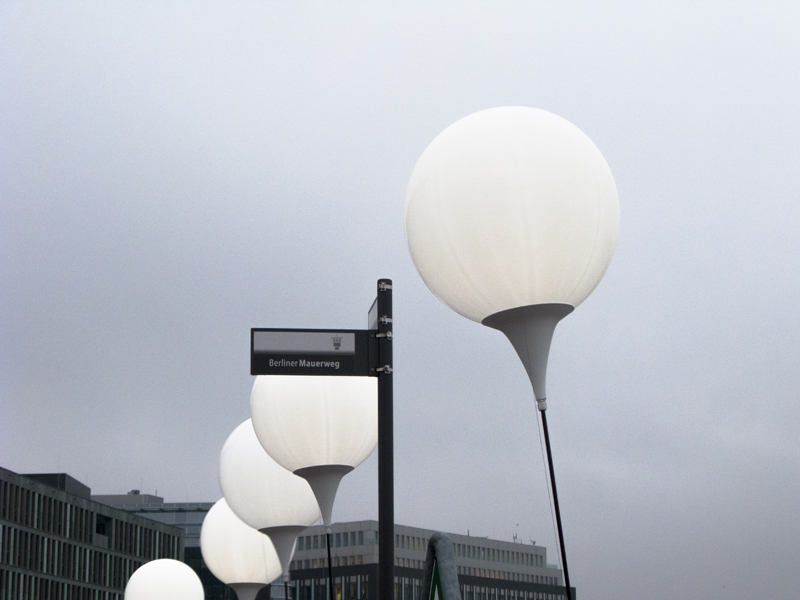 Whenever humanity seems condemned to heaviness, I think I should fly like Perseus into a different space. I don’t mean escaping into dreams or into the irrational. I mean that I have to change my approach, look at the world from a different perspective, with a different logic and with fresh methods of cognition and verification…(Italo Calvino, Six Memos for the Next Millenium, Lightness) 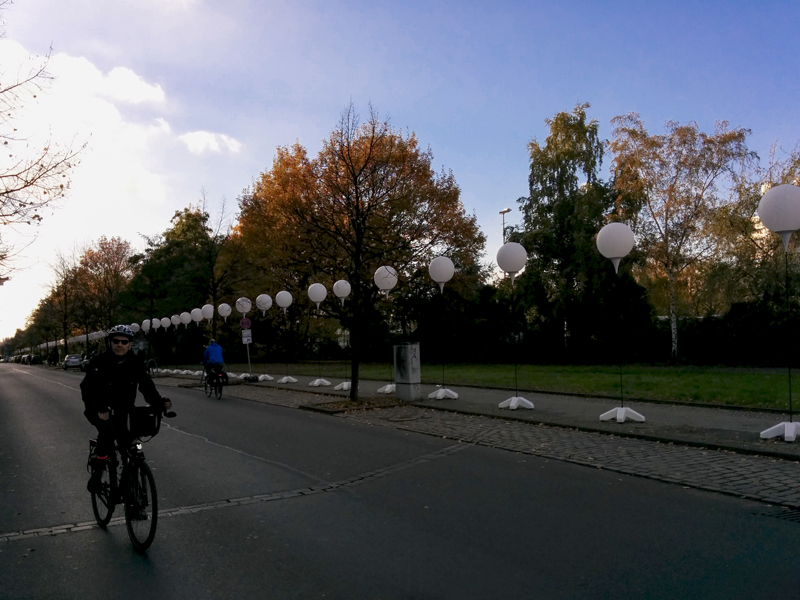 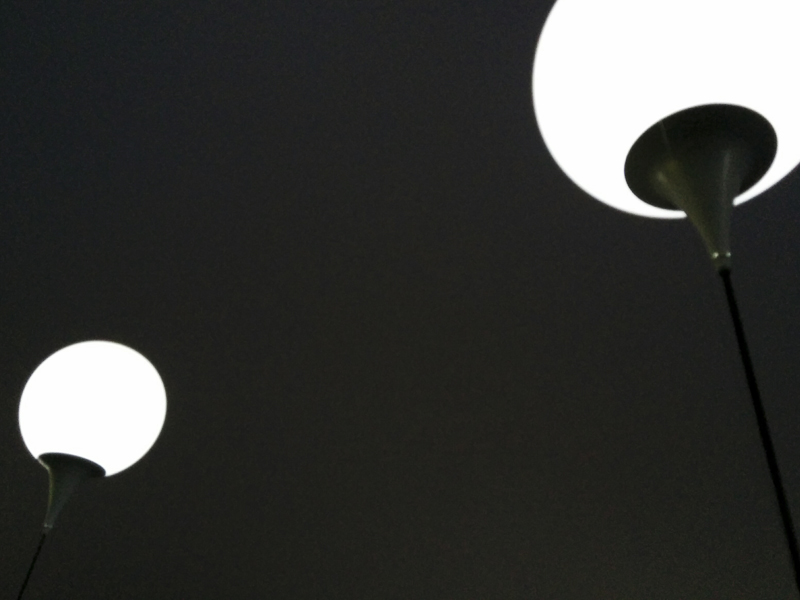 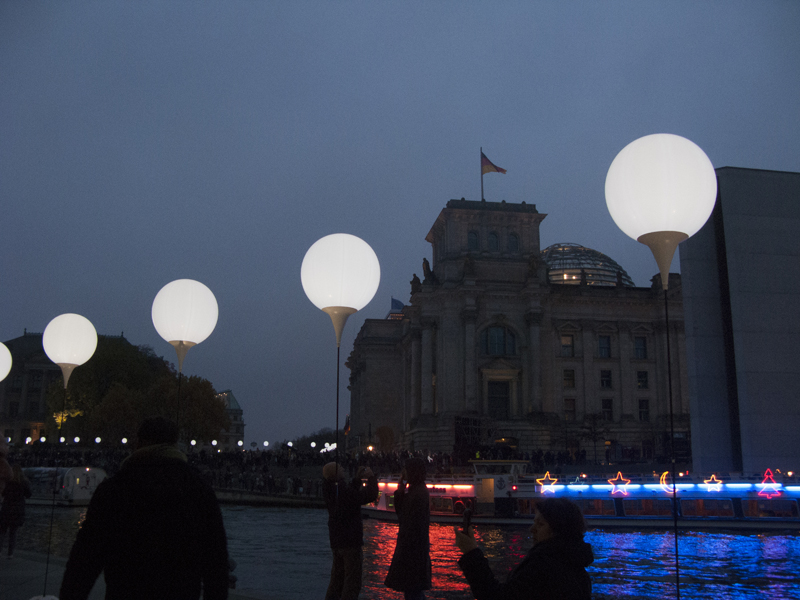 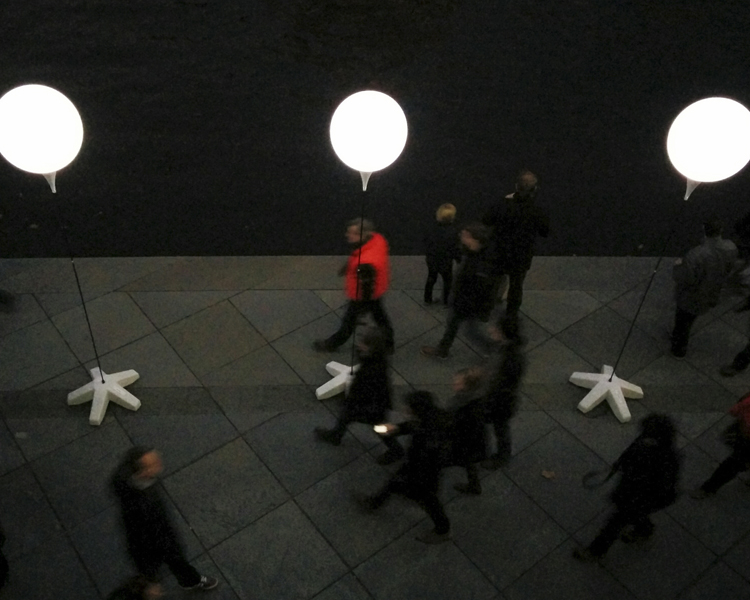 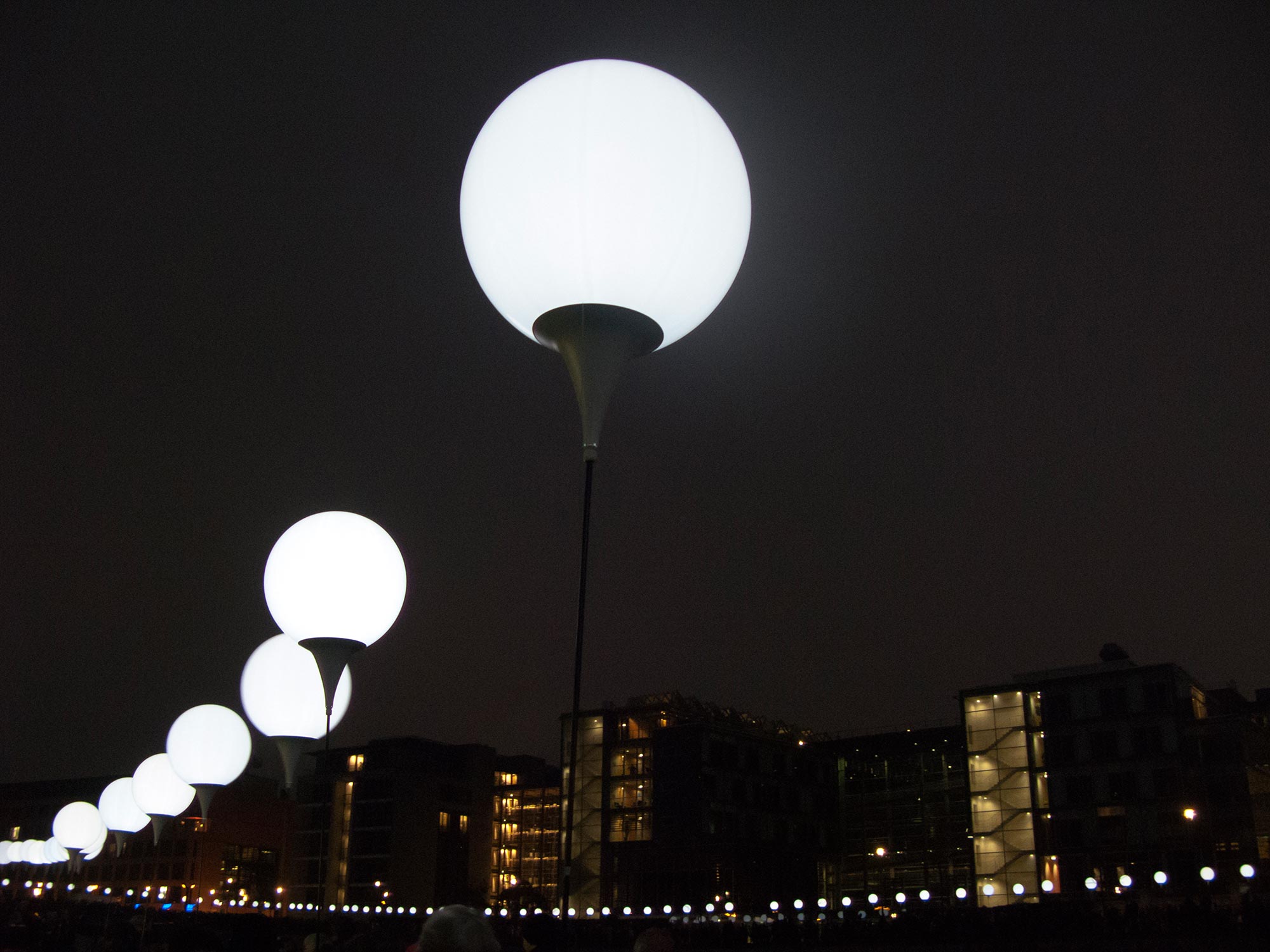