Machu Picchu, a walk in the clouds 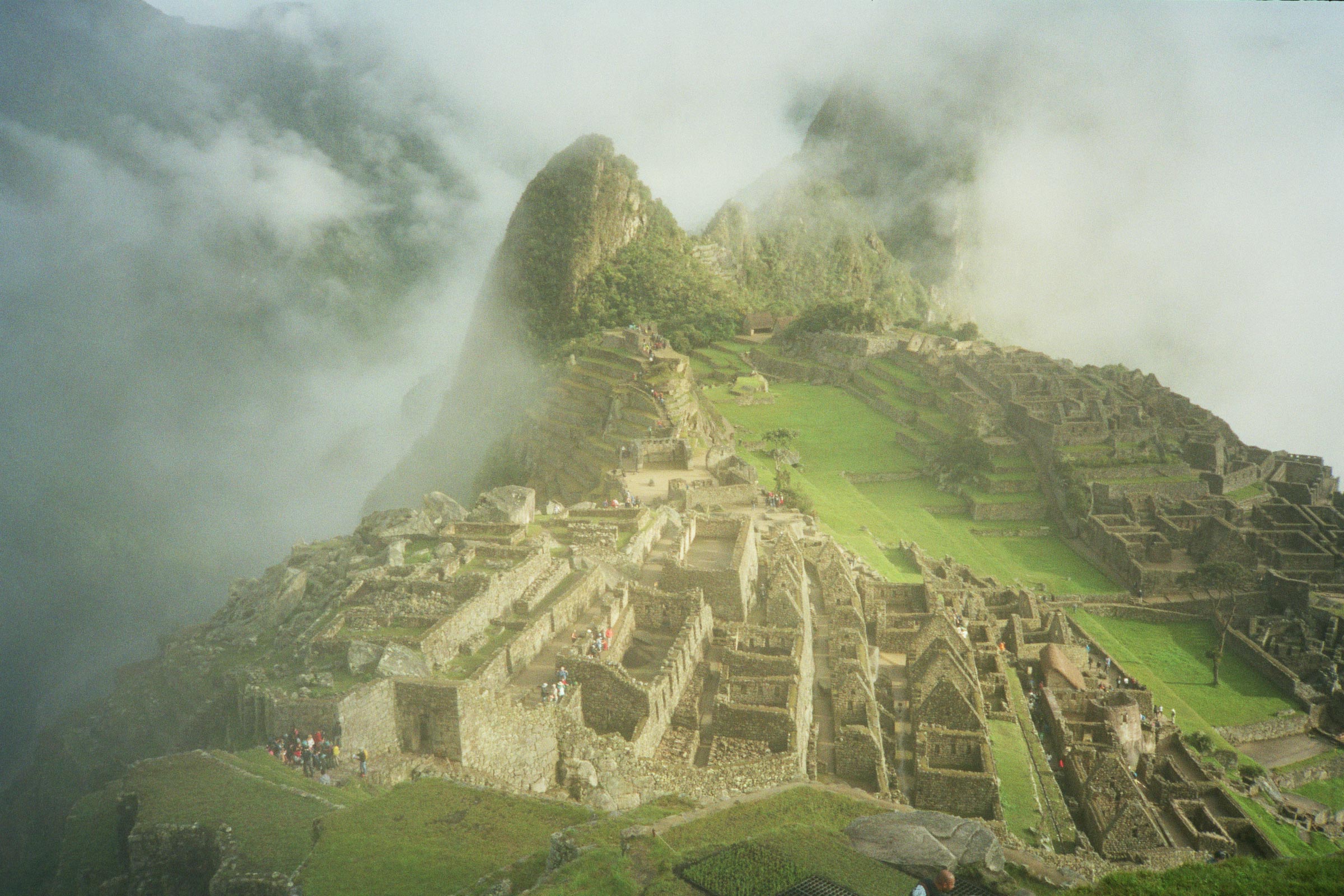 When you leave,
a part of the city comes with you,
a part of you stays in the city.

This is how a guide ended his tour in one of the most stunning places in the world: the preserved mysterious city between the mountains Machu Picchu (“the Old Mountain”) and Huayna Picchu (“the Young Mountain”).
The name of the city is still unknown, as a lot is still unknown about its inhabitants, foundation and life.
The mystery of this city is closed in history. The city was discovered by locals who then took the explorer Hiram Bingham in 1911 to visit it at the price of 1 soles (like 4 days of work at that time). He was looking for El Dorado, but instead found this estate which until that moment was kept preserved by the mountains and the clouds as it was when the Inca kingdom declined and the inhabitants abandoned it. The Inca empire ended not primarily because of the spanish army. Since long time several civil wars were going one inside the kingdom, making the conquer easy for the spanish. 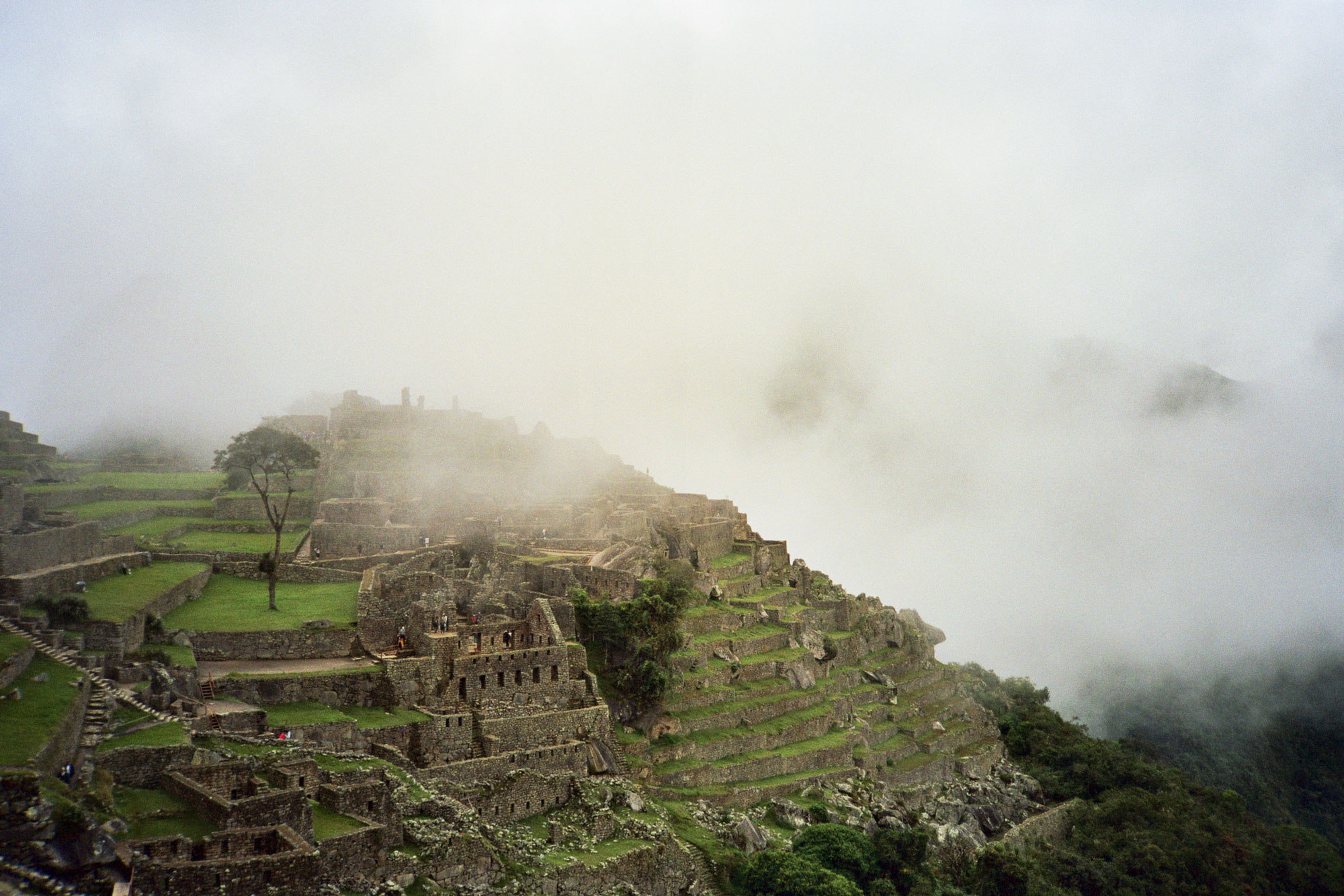 Here the power of nature and  the work of humans merged and contaminated each other resulting in a marvelous piece of respect.
The mountains gently bent to agriculture, the city built following the rules of sun, water and rocks. Always the Incas thanked patchamama- the god of fertility, the gods of mountains and the god of sun, who make the life itself possible. On the 21st of June the Sun hits the city passing from the sun temple, remembering that humans are just another piece of nature intelligence, and should be devoted to it. They say that just the best people were taken to the city to work on what they were exceptionally good at, following the three Inca principles:

The devotion to the community included  the duty to live in separated areas for men and women and the necessity to ask for permission to get married.
The citadel has advanced architectural solutions such as the mountain terraces with 20 different types of soil coming from different areas of the region, in order to ensure variety and quantity, and food storage for up to 10 years. The leader lived on top of the city, near the temple of the Sun, as politics were driven by religion and nature. 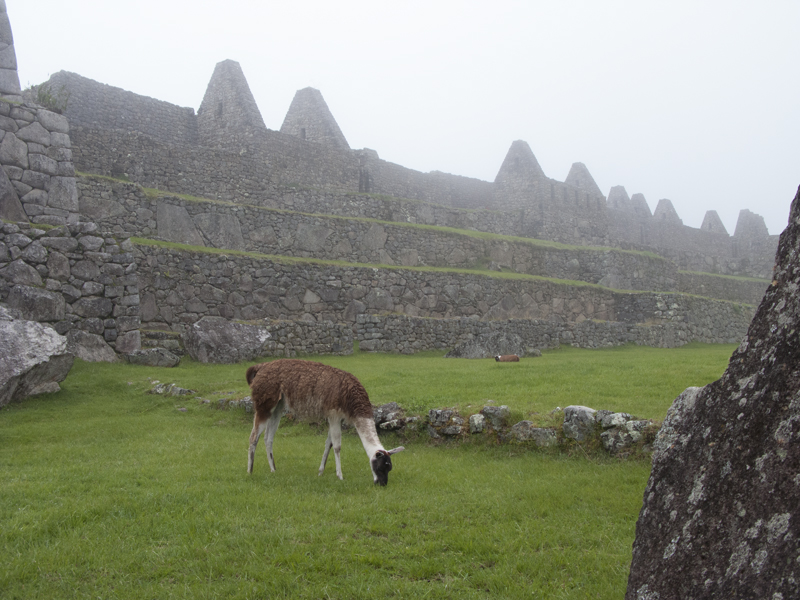 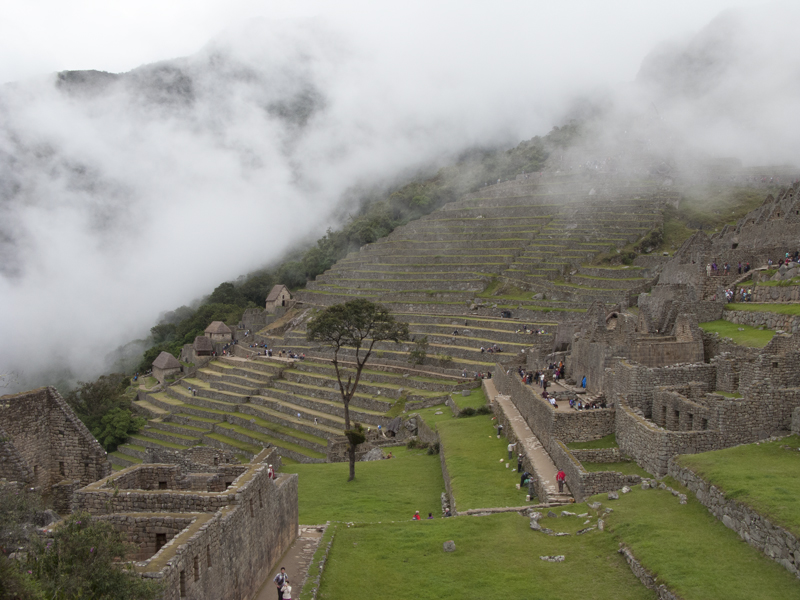 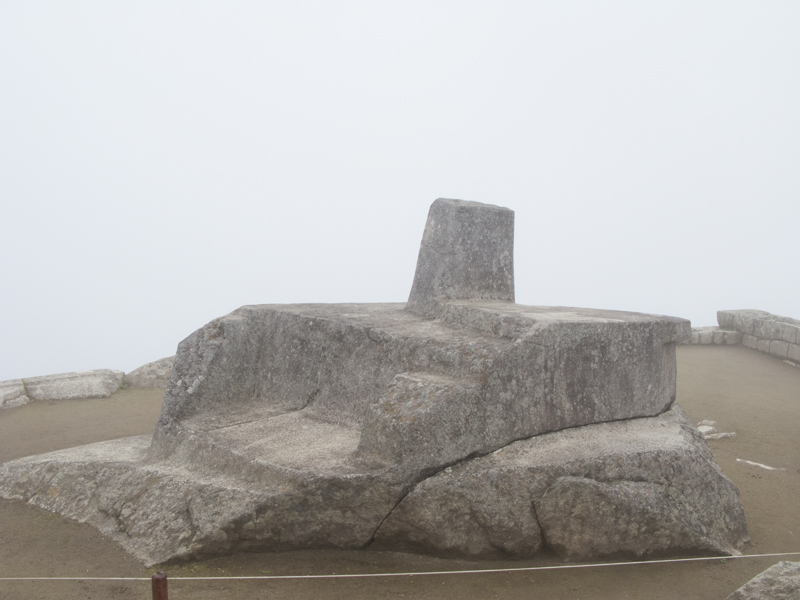 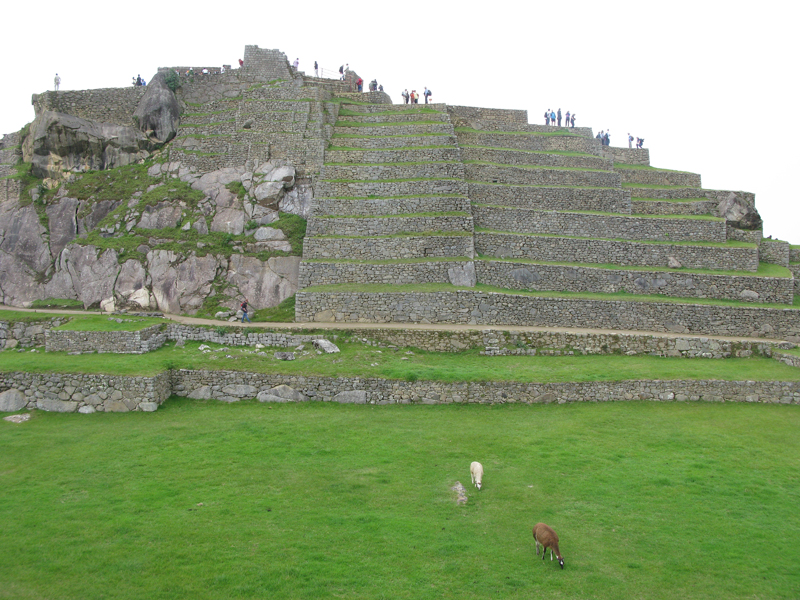 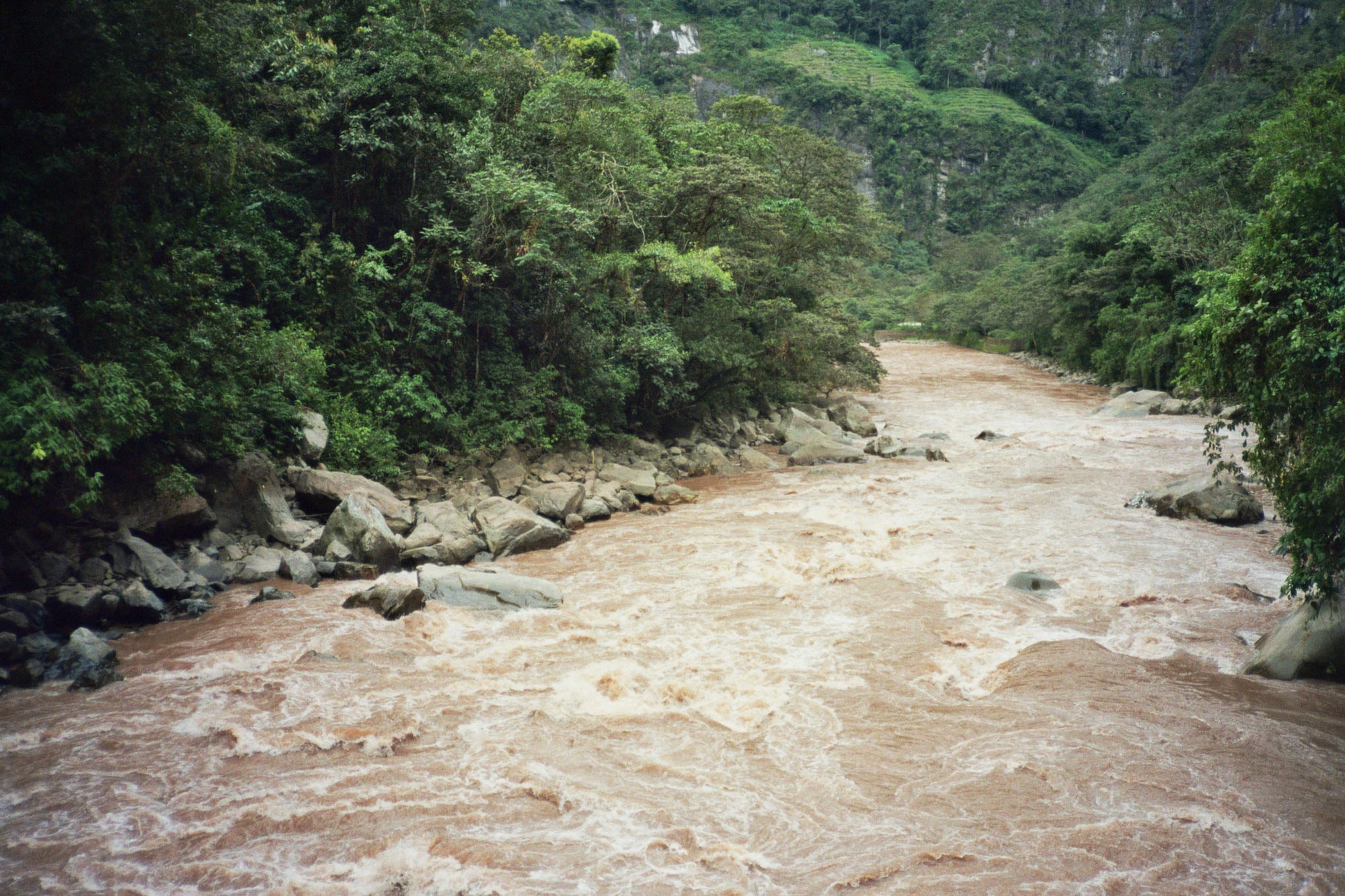 The way to get to Machu Picchu is an adventure in itself: accompanied by the river Urubamba which flows through the Sacred Valley, you can trek for days and finally get to the incredible destination or you can take a train from Ollantaytambo to Aguas Calientes, a small village at the feet of the Andes, with tropical hot and humid weather. From Aguas Calientes you can either take a small bus uphill, or trek for around 1 hour to get to the entrance of the Archeological site. If you walk, the doors for the trail open at 5 am. Be aware that it can rain a lot in the early hours of the day, so bring a very good waterproof jacket. 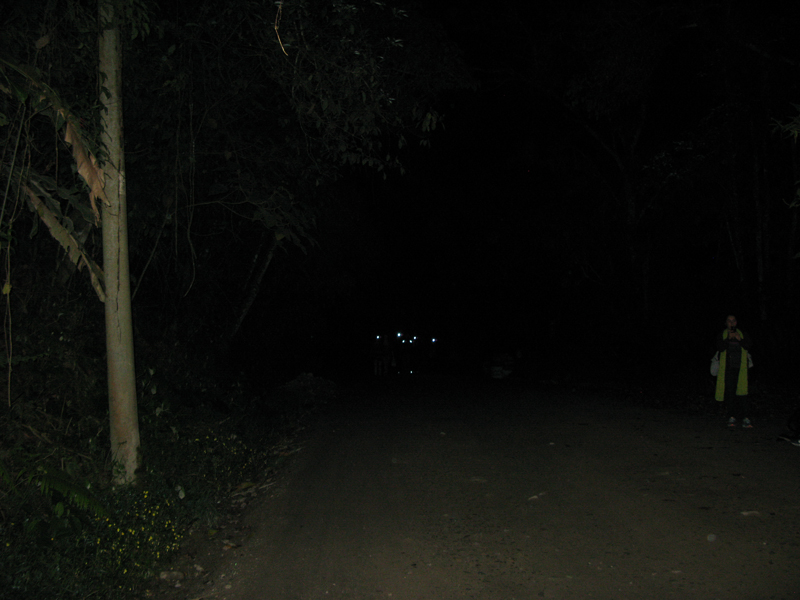 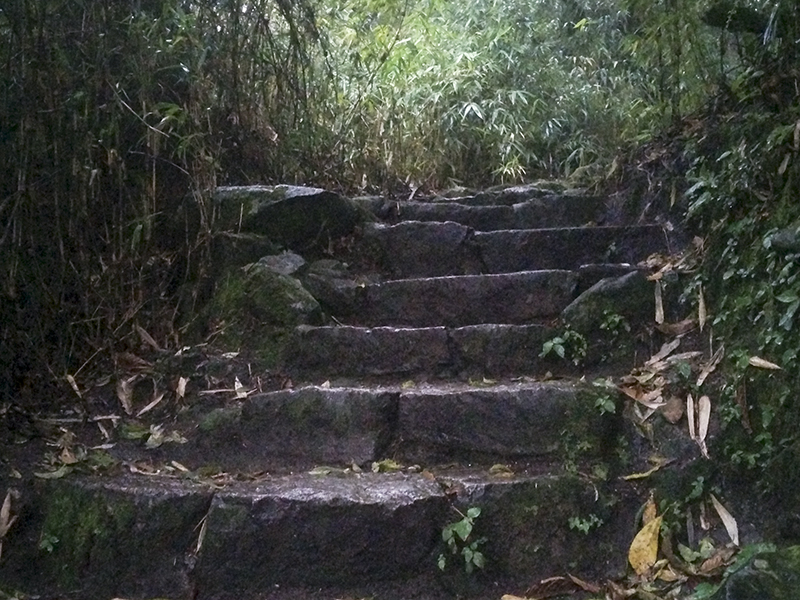 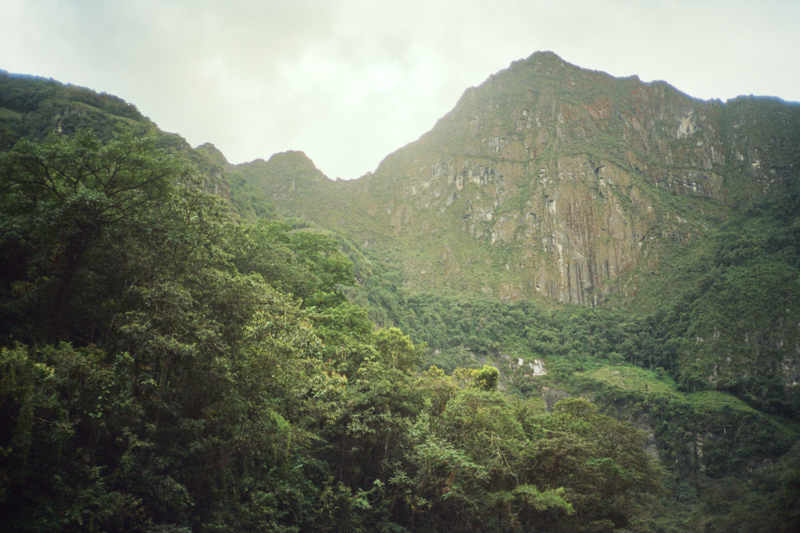 In the archeological site it is recommended to get a guided tour for about two hours around the ruins. If you do not have one already booked, there are plenty of guides at the entrance waiting for single travelers or groups. It is almost impossible not to stop every other step to take a picture, but the guides get quite annoyed by that, considering the high rate of tourists in the site. Better to take pictures in the early morning, when there are less visitors and rain-clouds-fog-sun alternate creating the most suggestive scenarios. The view of the clouds covering the site and the sun cutting them and opening new views is just stunning. 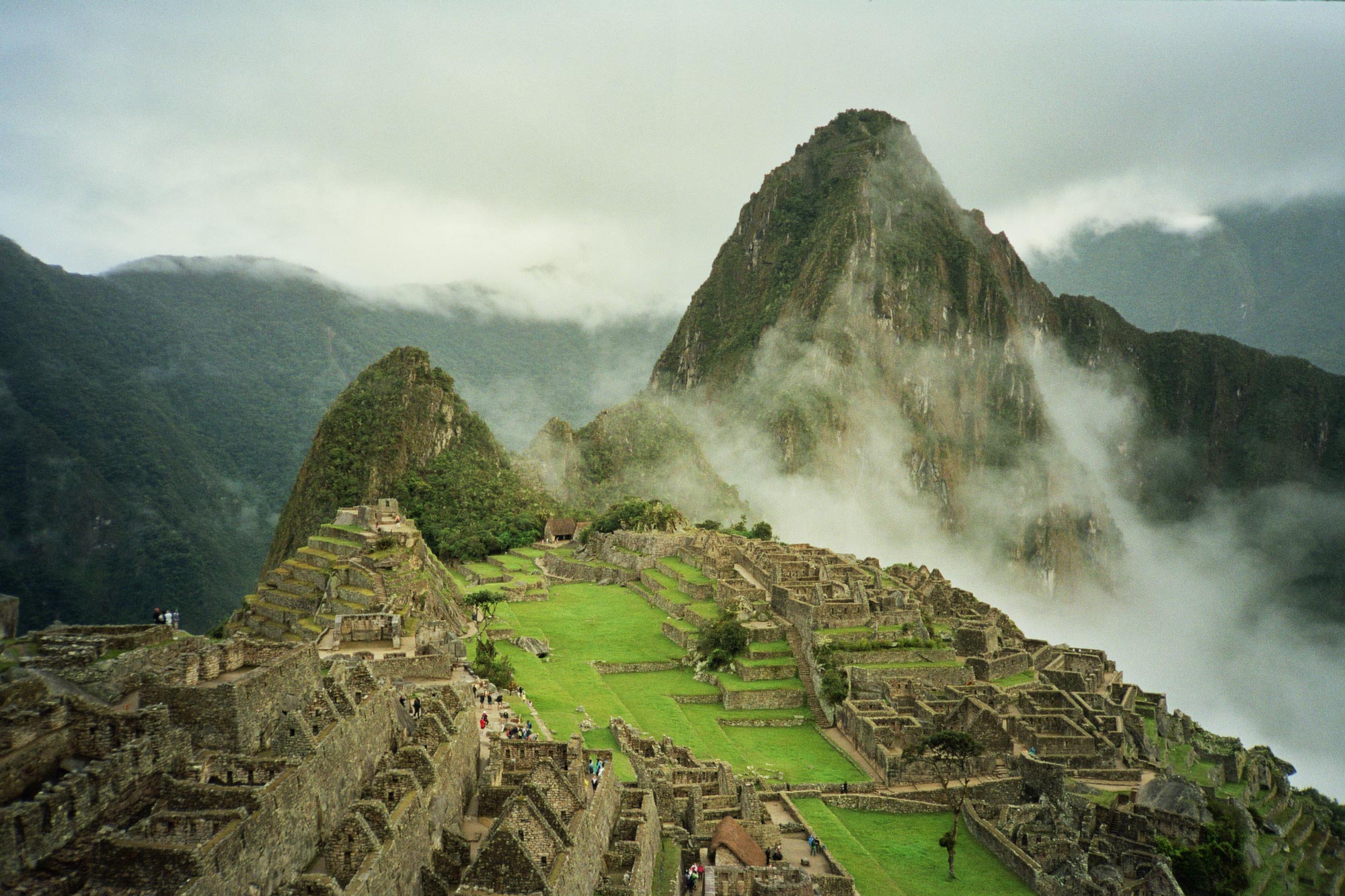 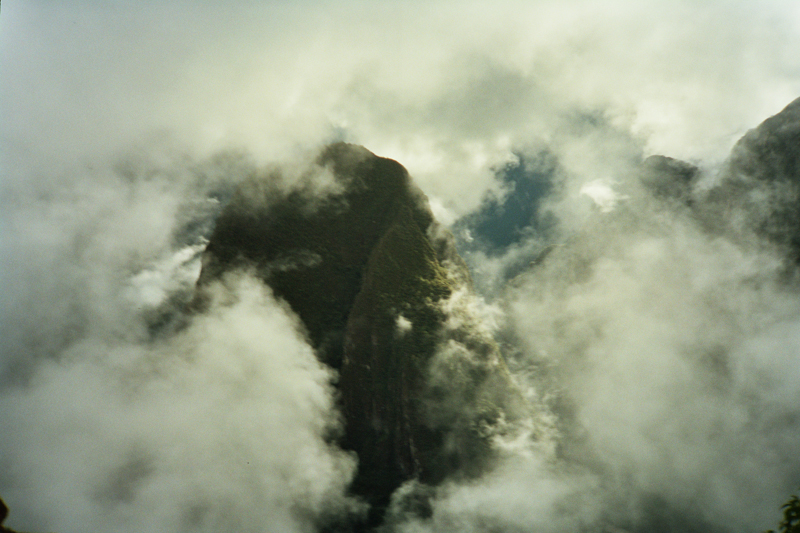 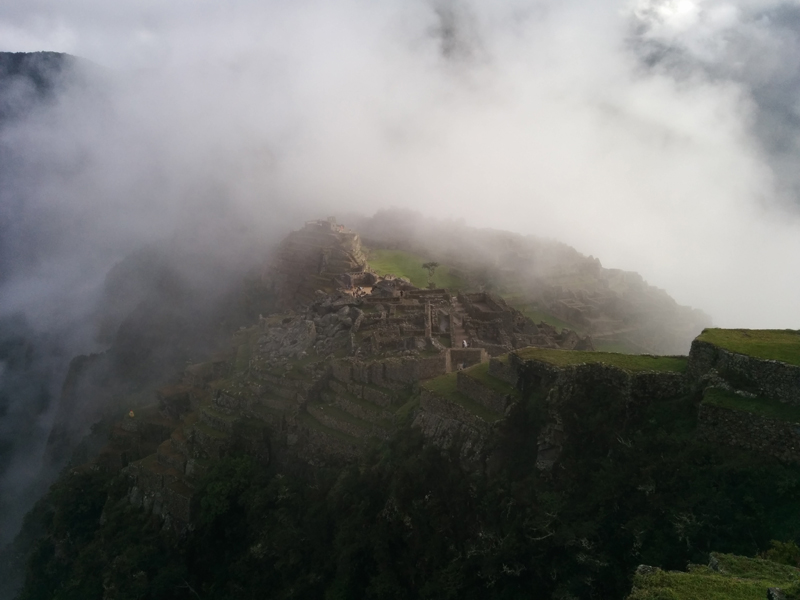 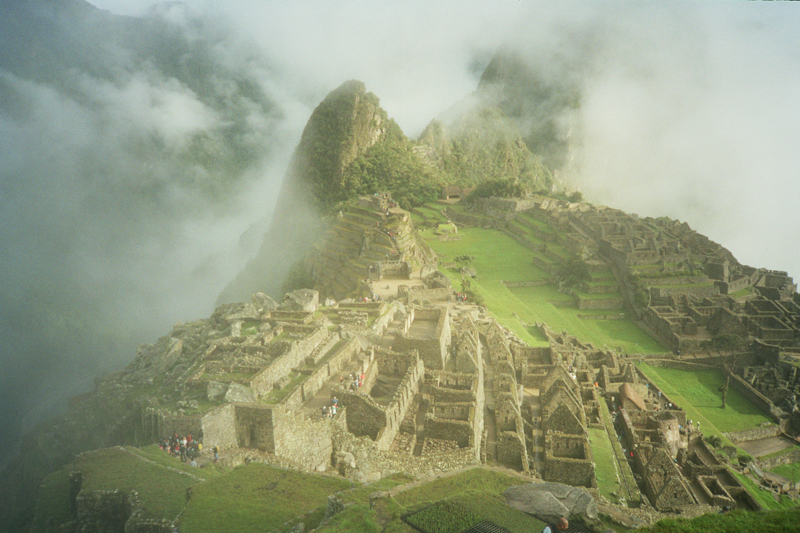 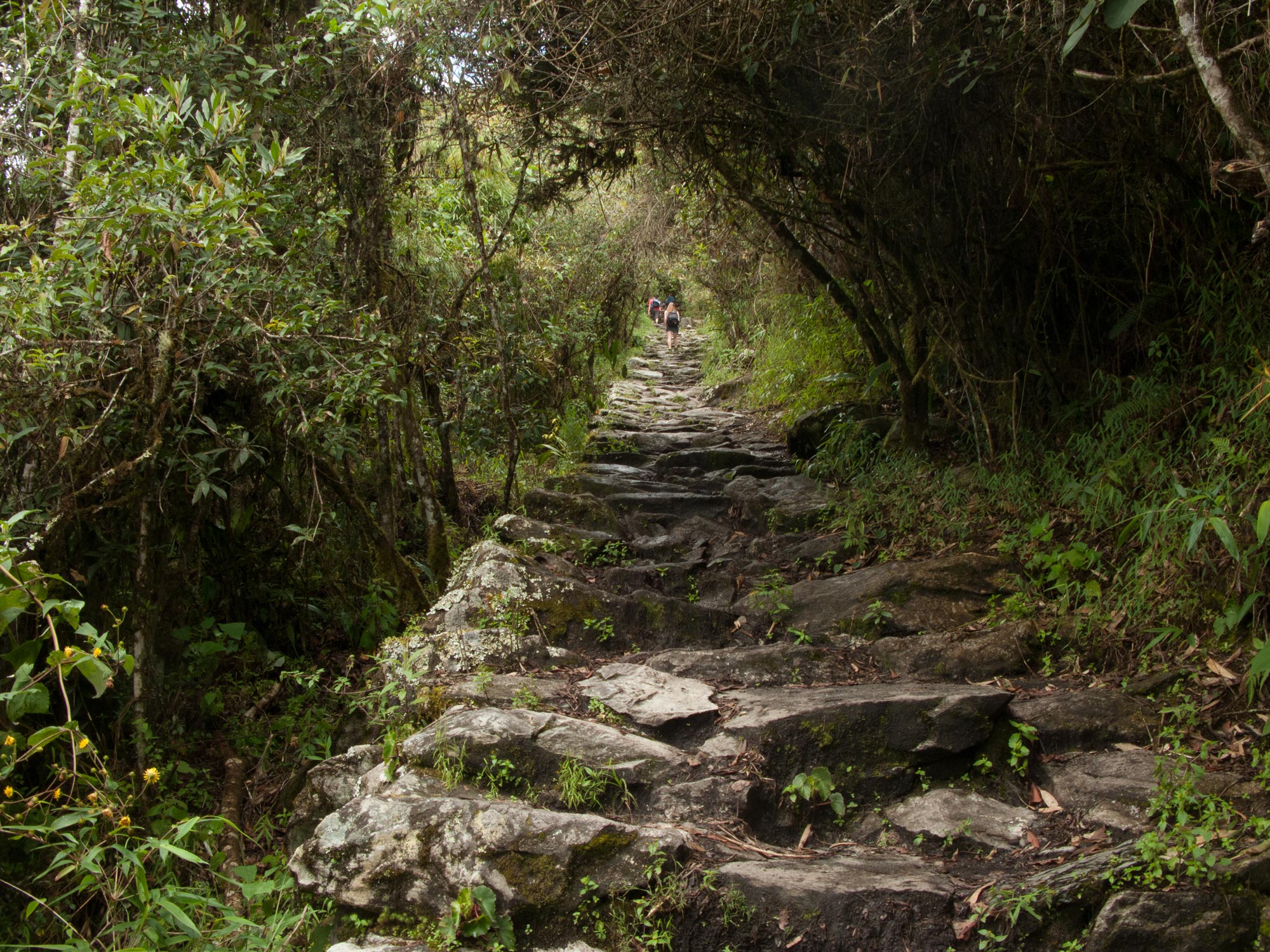 One of the hardest treks I have ever done, one of the longest 100 minutes of my life. An infinite series of stone steps, all of different heights, 800 m difference in 2 km. When the legs cannot push anymore and to climb a step the arms have to push on the thighs. But the view, the sensation of having reached the top of the world and walk in the clouds are worth all the effort, the sweat, the pain. I have had sour muscles for 3 days after this trek, but the energy I took with me from the top of that mountain will never leave me. 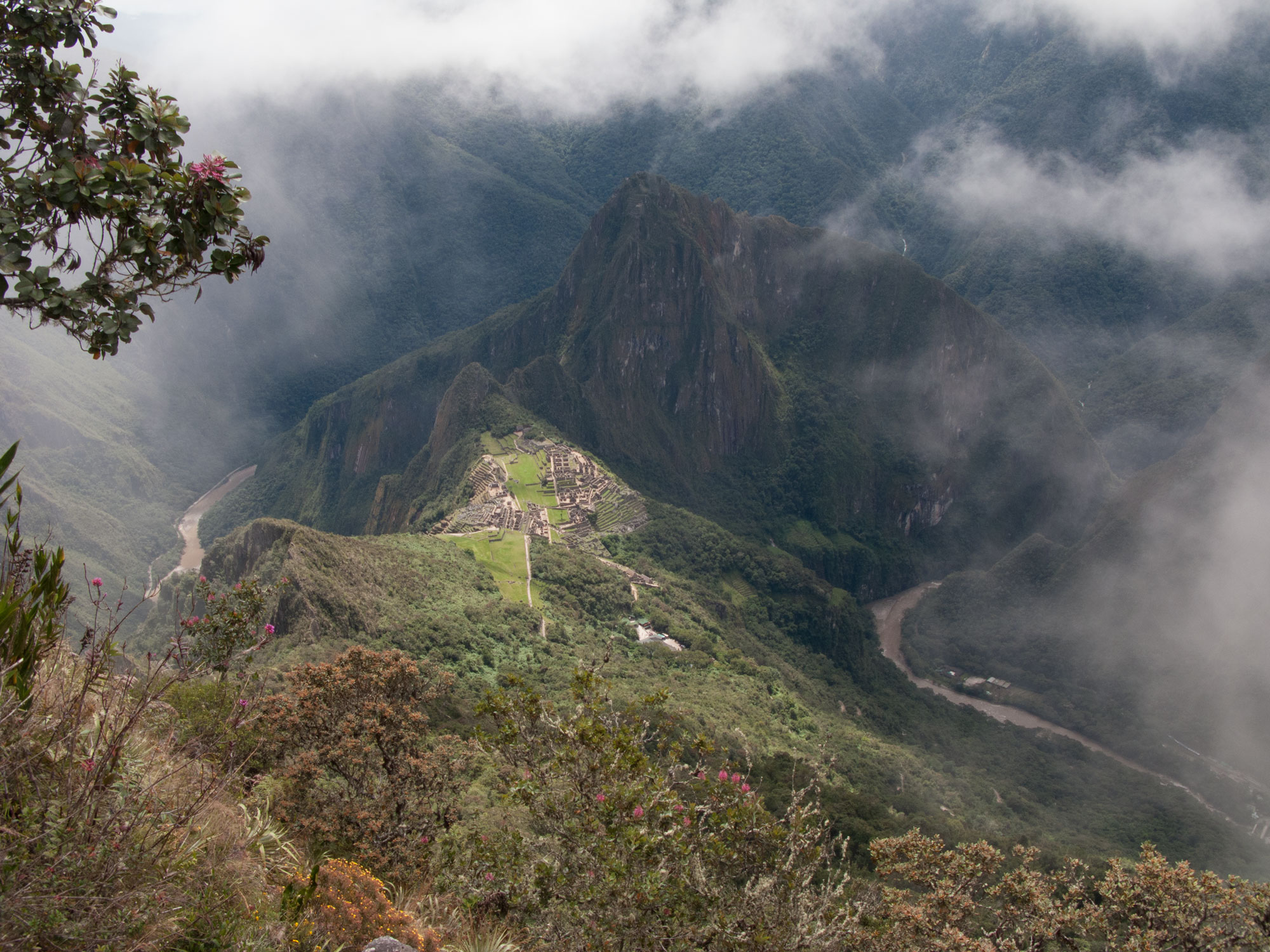 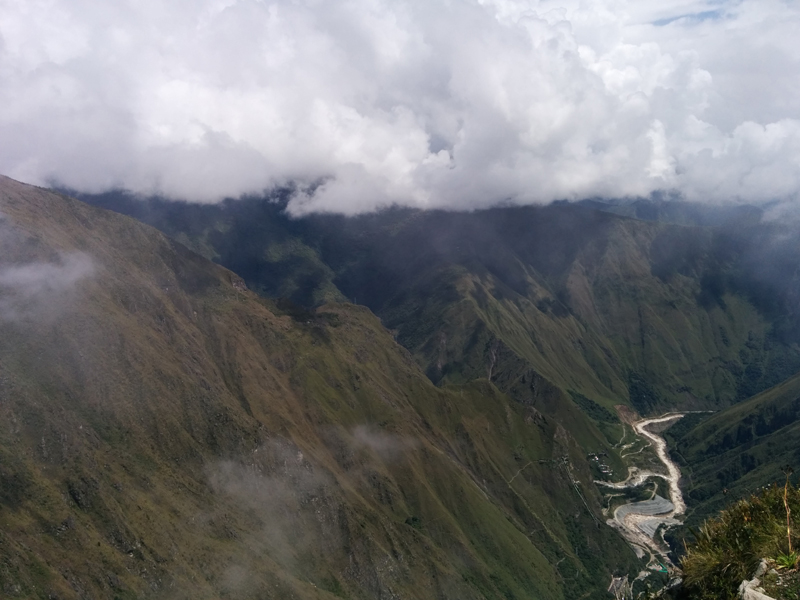 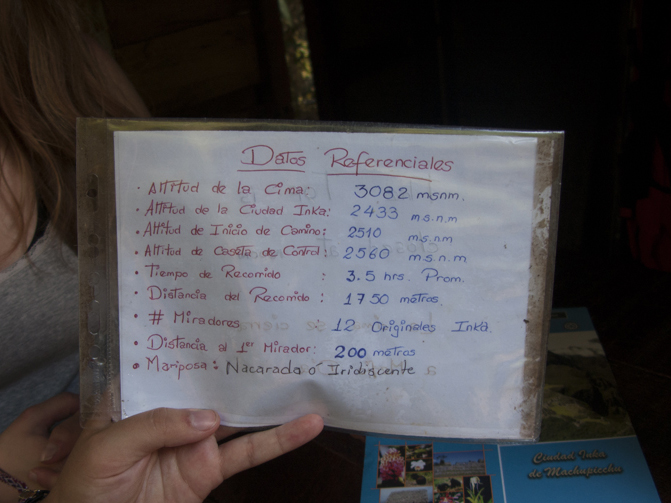 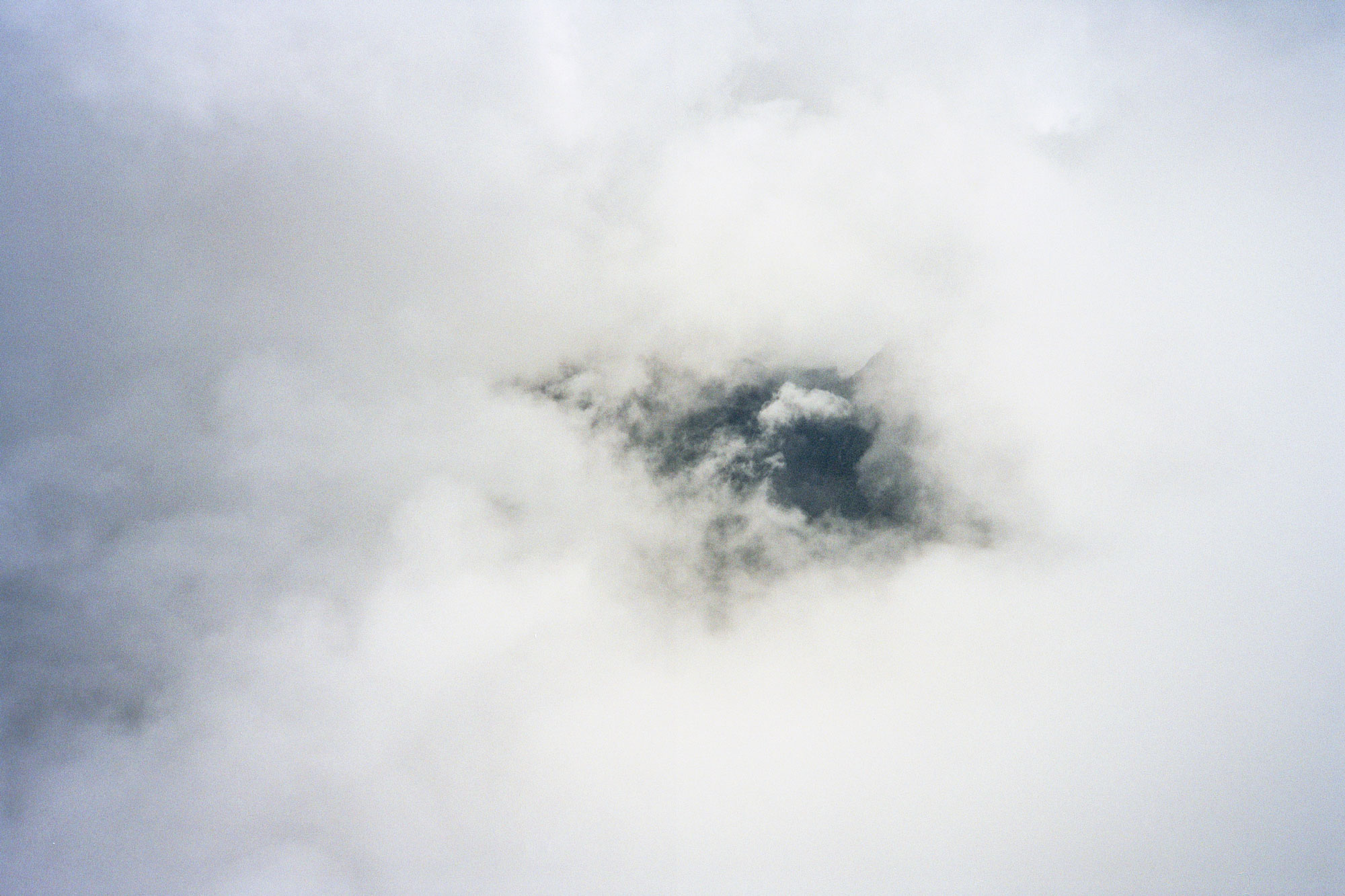